He informed that close to 4,000 extremists have laid down arms and returned to the mainstream and the number of civilian casualties has drastically come down 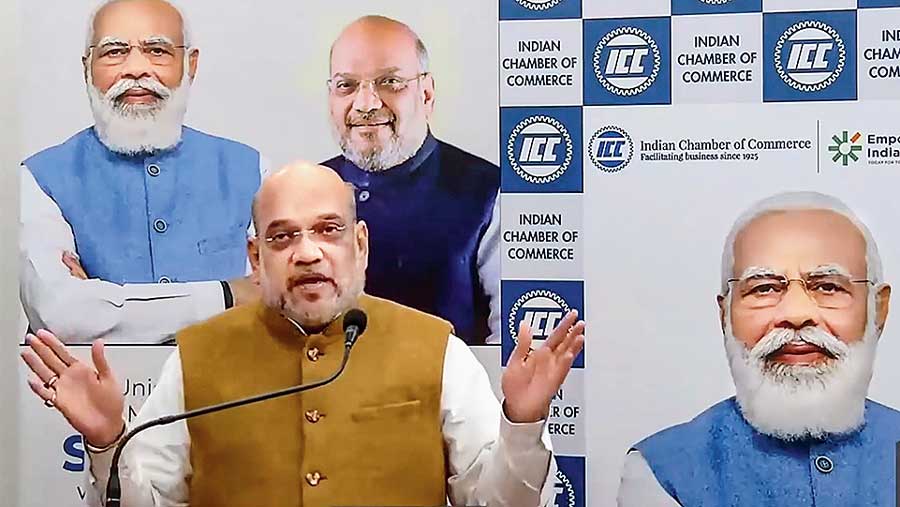 Union home minister Amit Shah addresses the annual session of the ICC from Delhi on Thursday.
PTI
Our Special Correspondent   |   Calcutta   |   Published 26.11.21, 02:08 AM

Union home minister Amit Shah implored Indian industry to explore the NorthEast for fresh investment, asserting that peace and political stability have been established in the region.

“I know deploying capital is a big deal. It is not done by emotion. But I want to assure you that the atmosphere needed to make investments has been created in the past seven years and now it is in place. The parameters to set up industry are on a par with the rest of the country,” Shah said at the annual general meeting of the Indian Chamber of Commerce.

The minister said close to 4,000 extremists have laid down arms and returned to the mainstream and the number of civilian casualties has drastically come down, especially in the last two years.

Shah’s comments on Thursday came less than two weeks after a colonel of Assam Rifle and his family were killed in an ambush in Manipur. Incidents such as this show that sporadic violence continues to rock the region even though the Centre and the states has spent Rs 12,000 crore in rehabilitation of extremist groups.

The minister, who joined the industrialists from a virtual platform, said his government has worked hard to connect the NorthEast with the rest of India and listed out the infrastructure push provided by the Centre from 2014.

“Next time when we go to seek people’s mandate in 2024, capitals of all states will be connected by an airport and seven out of eight states will have rail connectivity,” the minister said.

The government is also spending big sums in expanding the road network within the region and also creating connectivity with neighbouring countries, especially Bangladesh, to provide the landlocked region with ports.

While creating physical infrastructure, the Centre has also set up top class academic institutions to harness the human capital of the region, the minister said.

Shah also highlighted the tourism and agro forestry potential of the states and exhorted industry to look for opportunities.