With the passing away of ace investor Rakesh Jhunjhuwala, whose backing supported the country's newest airline, the future trajectory of the airline will be closely watched 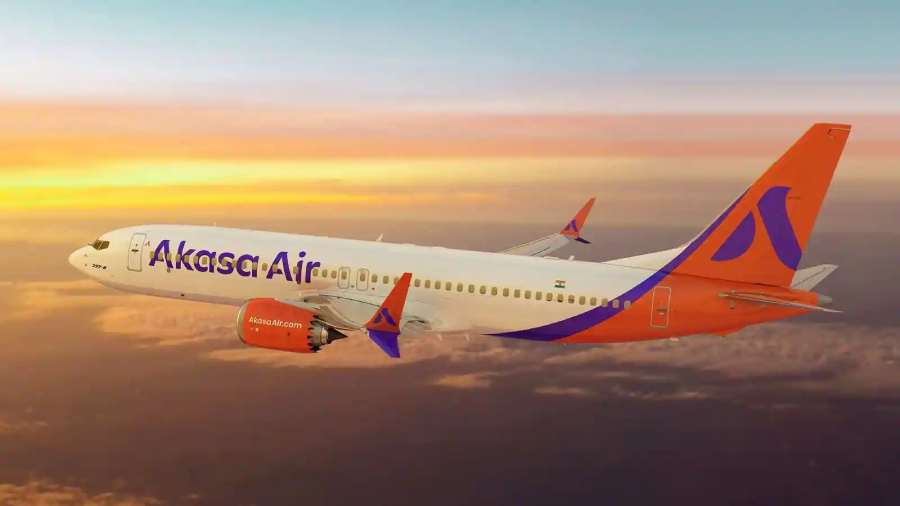 Akasa Air is well-capitalised and its growth is secure with the financial means to place an order for more planes, its chief Vinay Dube said on Wednesday, days after the passing away of the airline's key investor Rakesh Jhunjhunwala.

The carrier, which took to the skies on August 7, received its third aircraft on August 16 and the same will be used for flights on the Mumbai-Bengaluru route shortly.

With the passing away of ace investor Jhunjhuwala, whose backing itself had provided a tailwind for the country's newest airline, the future trajectory of the airline will be closely watched.

Against this backdrop, Dube on Wednesday thanked Jhunjhunwala for his support in recruiting some of the best aviation talents in the country.

"He wanted us to have a top-notch leadership team that made all day-to-day decisions at the airline without having to fall back on him or any other investor," Dube, Founder and CEO of the carrier, said in a statement.

Seeking to dispel any possible apprehension about the way forward for Akasa Air, he said the airline will continue to grow its fleet by adding one new aircraft every two weeks.

"Thanks in no small part to Jhunjhunwala, for which we will always be grateful, Akasa Air is a well-capitalised airline with the financial means to induct 72 aircraft over the next five years.

"In fact, our financial platform is strong enough to allow Akasa to place an aircraft order in the next 18 months that will be significantly larger than our first. In simple terms, our growth is secure," he emphasised.

The 62-year-old Jhunjhunwala passed away on August 14, a week after Akasa Air operated its first flight from Mumbai to Ahmedabad, and he was also on the inaugural flight.

Akasa Air is the first scheduled domestic carrier to be launched in India in nearly a decade.

"We at Akasa Air continue to mourn the passing of Jhunjhunwala. For those of us at Akasa that got to know him and whose lives he has touched, this is a deep personal loss... anyone that saw him on our inaugural flight on August 7th knows how proud he was of each Akasa employee and partner. On our part, we couldn't be prouder and more fortunate to have known him," Dube said.

Further, Dube said that Akasa Air will honour Jhunjhunwala's legacy, values, and belief in us by striving to run an extraordinary airline.

"Jhunjhunwala recognised India's potential as one of the fastest-growing aviation markets in the world with an unparalleled potential and decades of progress ahead of us.

"He was a true believer in India's potential and saw Akasa Air serving our nation by building the transportation links that will support India's ongoing economic transformation," he added.

The country's airline industry is slowly recovering after being significantly impacted by the coronavirus pandemic.

At the inaugural ceremony of Akasa Air's first flight at the Mumbai airport last Sunday, a wheelchair-bound Jhunjhunwala was all praise for the civil aviation ministry officials for their cooperation in getting the airline started.

"... nowhere in the world is an airline conceived and born in 12 months. Normally, a child is born in 9 months, we took 12 months," he had said at the ceremony where the first flight was flagged off virtually by Civil Aviation Minister Jyotiraditya Scindia.

The minister had said the day was a very important day in the history of civil aviation in India.