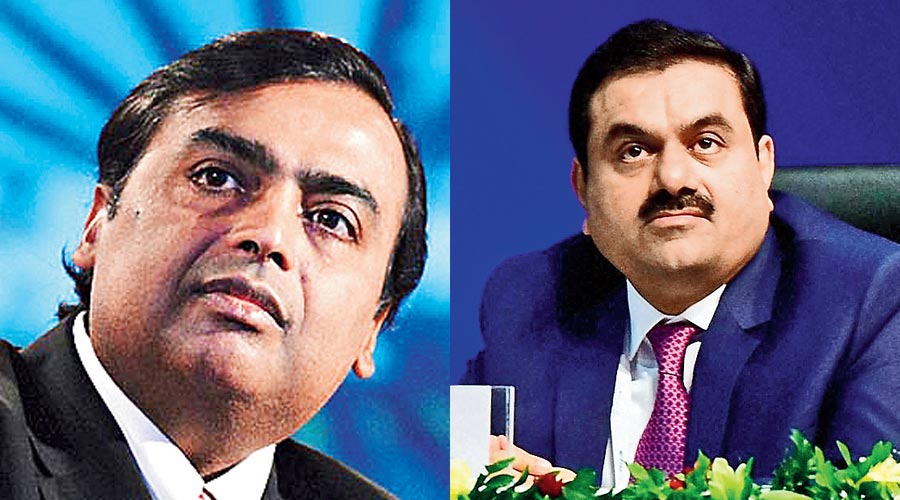 Unveiling his infrastructure conglomerate's green vision, billionaire Gautam Adani on Tuesday said his group will invest USD 20 billion over the next 10 years in renewable energy generation and component manufacturing and will produce the world's cheapest green electron.

The port-to-energy conglomerate plans to triple its renewable power generation capacity over the next four years, foray into green hydrogen production, power all data centres with renewable energy, turn its ports into net carbon zero by 2025, and plans to spend over 75 per cent of capital expenditure until 2025 in green technologies, he said.

Adani Group's "integrated value chain, our scale, and experience put us on the path to be the producer of the least expensive green electron anywhere in the world," he said.

Many have seen the June 24 announcement as the petrochemical czar's direct competition with the country's second-wealthiest man, Adani who has had a strong presence in the renewables space for many years.

This month, Ambani said hydrogen can be made from renewable energy at USD 1 per kilogram in a decade's time.

Hydrogen has no carbon emissions and can be used as fuel in industry and automobiles.

And on Tuesday, Adani outlined his vision with an investment size of USD 20 billion and the cheapest green electron.

He said no company in the world is building a renewable power portfolio on the scale the Adani group is doing.

The group currently has 4,920 MW of operational renewable energy generation capacity and another 5,124 MW under execution. It has a confirmed pipeline of 9,750 MW and another 4,500 MW where it is likely to win contracts.

"Today, we are already the world's largest solar power player when we account for our generating, under construction, and contracted projects. We have done this in just two years and our renewables portfolio has reached our initial target of 25 Gigawatts a full four years ahead of schedule. This puts us well on track to be the world's largest renewable power generating company by 2030," he said.

This, he said, opens up several new pathways including "setting us up to be one of the largest green hydrogen producers in the world."

He however did not elaborate on plans to produce hydrogen.

"Our actions clearly indicate that we are putting our money where our mouth is: Over 75 per cent of our planned capex until 2025 will be in green technologies. Today, of our EBITDA from utilities, 43 per cent is already from the green business."

The group will triple renewable power generation capacity over the next four years from 21 per cent now to a high of 63 per cent.

"Over the next 10 years, we will invest over USD 20 billion across renewable energy generation, component manufacturing, transmission and distribution," he said.

"We will be the first port business that is ahead of its target to get to net zero by 2025. This business has committed to 1.5-degree pathway through SBTi."

It will also be the first Indian data centre company that will power all its data centres with renewable energy by 2030.

On other businesses, Adani said the focus will continue to be on infrastructure sectors that are underserved and critical to nation-building.

The group would also grow by expanding into adjacent sectors and incubate new businesses. It will in each of its businesses, develop deep operational expertise and then grow aggressively, both organically and through acquisitions.

"In just the last eight years, we have acquired over 50 assets amounting to about USD 12 billion," he said.

Adani said over the next two decades, India will have the biggest and youngest middle class that has ever existed. Over the next decade it will be among the world's top four countries in terms of market capitalization. "This is leverage from which we must benefit."

India, he said, will be driven by homegrown companies and those international businesses that are truly committed to being and acting local.

Managing the climate crisis will require every country in the world to unite, perhaps like never before, and work together.

"Those criticising the pace of climate reform in countries like India must remember that the economic and industrial might of the West sits on a carpet of carbon soot several centuries deep. A hundred years ago, today's climate reformers were burning over 800 million metric tonnes of coal - that is more coal than what India produces today," he said.

From pre-industrial times until now, India accounts for only 3 per cent of the extra carbon in the atmosphere and will eventually end up consuming less than 8 per cent of the entire remaining carbon budget, he said.