Advertisement
Home / World / 'We will always walk with you': New Zealanders shower kindness on Muslims

'We will always walk with you': New Zealanders shower kindness on Muslims 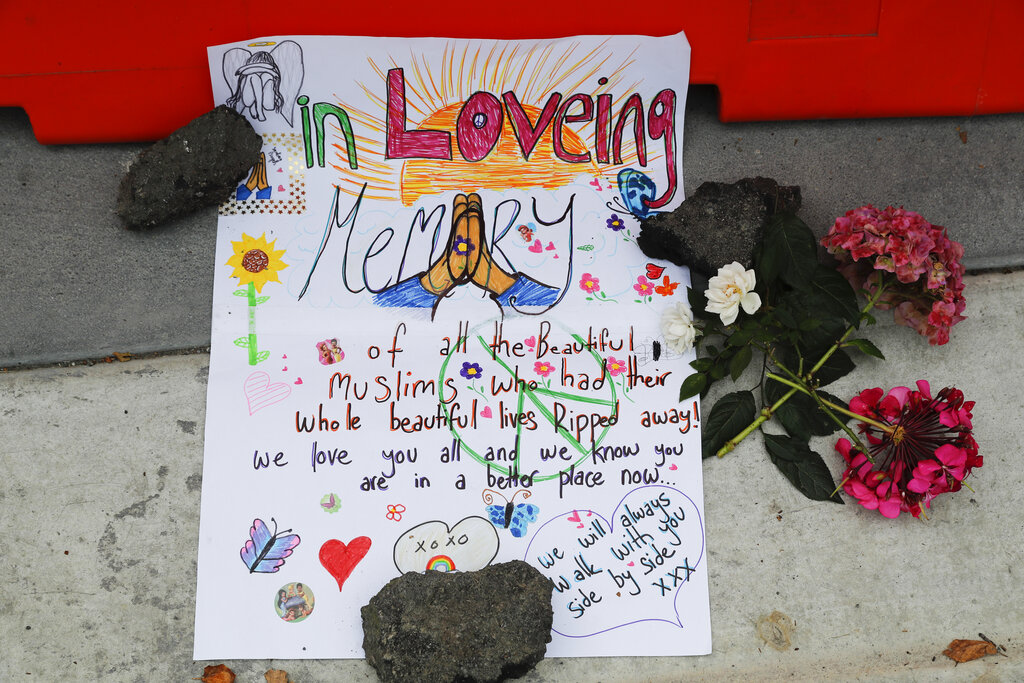 A message is displayed at a makeshift memorial outside Christchurch hospital on Saturday.
AP
AP   |   Published 16.03.19, 06:18 AM

New Zealand's stricken residents reached out to Muslims in their communities and around the country on Saturday, in a fierce determination to show kindness as a 28-year-old white supremacist stood silently before a judge, accused in mass shootings at two mosques that left 49 people dead.

Brenton Harrison Tarrant appeared in court amid strict security, shackled and wearing all-white prison garb, and showed no emotion when the judge read him one murder charge. The judge said 'it was reasonable to assume' more such charges would follow. Tarrant posted an anti-immigrant manifesto online and apparently used a helmet-mounted camera to broadcast live video of the slaughter on Facebook.

The massacre during Friday prayers prompted a heartfelt response from Prime Minister Jacinda Ardern, who pronounced it 'one of New Zealand's darkest days' and said the shooter, an Australian native, has chosen to strike in New Zealand 'because we represent diversity, kindness, compassion'.

Her fellow countrymen seemed to want to prove her right by volunteering acts of kindness. Some offered rides to the grocery store or volunteered to walk with their Muslim neighbours if they felt unsafe.

A woman who lost her husband during Friday's mass shootings cries outside an information centre for families in Christchurch on Saturday.
AP

In other online forums, people discussed Muslim food restrictions as they prepared to drop off meals for those affected.

'Love always wins over hate. Lots of love for our Muslim brothers' read a handwritten card on a wall of flowers in a historic part of the city that stretched a full block.

Still, Muslims remained on high alert and were advised to stay away from mosques while the nation's security alert remained at the second-highest level for a second day.

It was by far the deadliest shooting in modern New Zealand history.

A biryani seller is mourned in New Zealand