US: Indian American tables Bill to seek waiver of arms-related sanctions against India

Ro Khanna, a Democrat, wants concessions in CAATSA, a tough law that authorises Washington to impose curbs on countries that buy defence hardware from Russia 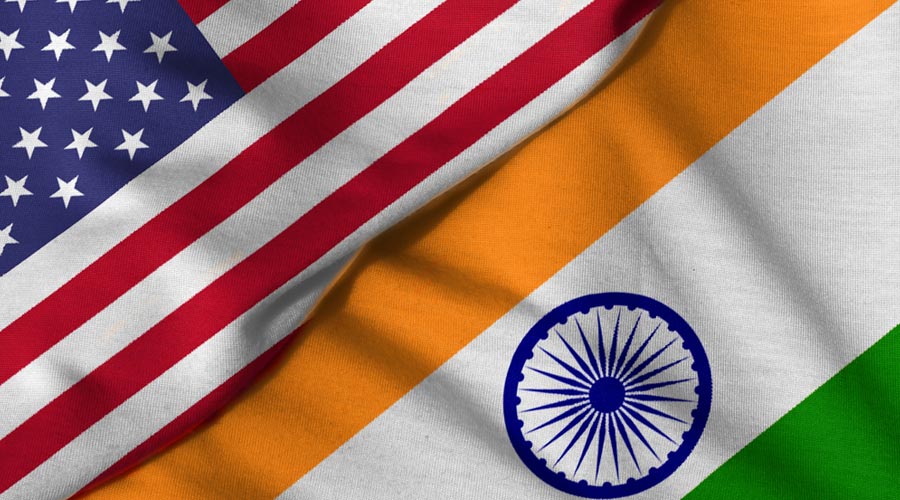 Indian-American Congressman Ro Khanna has introduced a standalone Bill in the US House of Representatives seeking a waiver to India against the punitive CAATSA sanctions, asserting that it is in the best interests of both countries to deter "aggressors" in light of Russia and China's close ties.

The Countering America's Adversaries Through Sanctions Act (CAATSA) is a tough US law that authorises the US administration to impose sanctions on countries that purchase major defence hardware from Russia in response to Moscow's annexation of Crimea in 2014 and its alleged meddling in the 2016 US presidential elections.

The resolution, which has also been endorsed by Congressman Brad Sherman and David Schweikert along with Khanna, has been sent to the House Foreign Affairs Committee for necessary action.

While India faces immediate needs to maintain its heavily Russian-built weapons systems, a waiver to sanctions under the Countering America's Adversaries Through Sanctions Act during this transition period is in the best interests of the United States and the United States-India defence partnership to deter aggressors in light of Russia and China's close partnership, it said.

A similar legislative amendment to the National Defense Authorisation Act (NDAA) was introduced by Khanna, a Democrat, this summer and it was passed by the House with bipartisan support.

"I first introduced this as an amendment to the National Defense Authorisation Act and now I am proud to introduce it as a standalone bill to continue to build momentum and support for it. It is necessary for us to pass this in order to strengthen the relationship between the US and India and deter aggressors like China," Khanna told PTI.

The resolution asserts that India faces immediate and serious regional border threats from China, with continued military aggression by the government of China along the India-China border.

While India has started importing the S-400 missile defence system from Russia, US President Joe Biden is yet to take a call on CAATSA waiver sanctions. Under the existing laws, the president can give a national interest waiver to countries.

Khanna said that this is a strong bill to affirm the US and India defence partnership.

US needs to do more

Observing that India relies on Russian-built weapons for its national defence, the resolution says that the United States should take additional steps to encourage India to accelerate India's transition off Russian-built weapons and defence systems while strongly supporting India's immediate defence needs.

It is the sense of Congress that a strong United States-India defence partnership, rooted in shared democratic values, is critical in order to advance United States interests in the Indo-Pacific region, it said.

This partnership between the world's oldest and largest democracies is critical and must continue to be strengthened in response to increasing threats in the Indo-Pacific regions, sending an unequivocal signal that sovereignty and international law must be respected, it added.

CAATSA law was brought in 2017 and provides for punitive actions by the US government against any country engaged in transactions with the Russian defence and intelligence sectors.

In October 2018, India signed a USD 5 billion deal with Russia to buy five units of the S-400 air defence missile systems, despite a warning from the then-Trump administration that going ahead with the contract may invite US sanctions. The S-400 is known as Russia's most advanced long-range surface-to-air missile defence system.

The US has already imposed sanctions on Turkey under the CAATSA for the purchase of a batch of S-400 missile defence systems from Russia.

According to the resolution, Congress finds that the United States-India Initiative on Critical and Emerging Technologies (ICET) is a welcome and essential step to developing closer partnerships between governments, academia, and industry in the United States and India to address the latest advances in artificial intelligence, quantum computing, biotechnology, aerospace, and semiconductor manufacturing.

Such collaborations between engineers and computer scientists are vital to help ensure that the United States and India, as well as other democracies around the world, foster innovation and facilitate technological advances which continue to far outpace Russian and Chinese technology, according to the resolution.