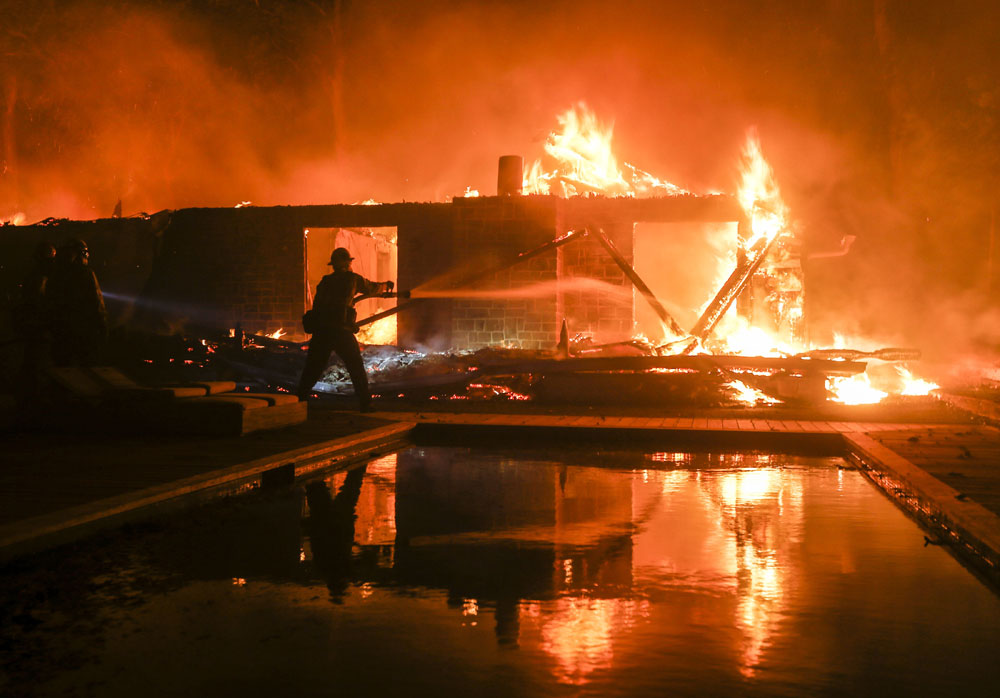 A major scientific report issued by 13 federal agencies on Friday presents the starkest warnings to date of the consequences of climate change for the US, predicting that if significant steps are not taken to rein in global warming, the damage will knock as much as 10 per cent off the size of the American economy by century’s end.

The report, which was mandated by Congress and made public by the White House, is notable not only for the precision of its calculations and bluntness of its conclusions, but also because its findings are directly at odds with President Trump’s agenda of environmental deregulation, which he asserts will spur economic growth.

Trump has taken aggressive steps to allow more planet-warming pollution from vehicle tailpipes and power plant smokestacks, and has vowed to pull the US out of the Paris Agreement, under which nearly every country in the world pledged to cut carbon emissions.

Just this week, he mocked the science of climate change because of a cold snap in the northeast, tweeting, “Whatever happened to Global Warming?”

But in direct language, the 1,656-page assessment lays out the devastating effects of a changing climate on the economy, health and environment, including record wildfires in California, crop failures in the Midwest and crumbling infrastructure in the South. Going forward, American exports and supply chains could be disrupted, agricultural yields could fall to 1980s levels by mid-century and fire season could spread to the southeast, the report finds.

All told, the report says, climate change could slash up to a tenth of gross domestic product by 2100, more than double the losses of the Great Recession a decade ago.

Scientists who worked on the report said it did not appear that administration officials had tried to alter or suppress its findings. However, several noted that the timing of its release, at 2pm the day after Thanksgiving, appeared designed to minimise its public impact.

“This report will weaken the Trump administration’s legal case for undoing climate change regulations, and it strengthens the hands of those who go to court to fight them,” said Michael Oppenheimer, a professor of geosciences and international affairs at Princeton.

The report is the second volume of the National Climate Assessment, which the federal government is required by law to produce every four years. The first volume was issued by the White House last year.

The previous report, issued in May 2014, concluded with nearly as much scientific certainty, but not as much precision on the economic costs, that the tangible impacts of climate change had already started to cause damage across the country. It cited increasing water scarcity in dry regions, torrential downpours in wet regions and more severe heat waves and wildfires.

The results of the 2014 report helped inform the Obama administration as it wrote a set of landmark climate change regulations. The following year, the EPA finalised President Barack Obama’s signature climate change policy, known as the Clean Power Plan, which aimed to slash planet-warming emissions from coal-fired power plants. At the end of the 2015, Obama played a lead role in brokering the Paris Agreement.

But in 2016, Republicans in general and Trump in particular campaigned against those regulations. In rallies before cheering coal miners, Trump vowed to end what he called Obama’s “war on coal” and to withdraw from the Paris deal. Since winning the election, his administration has moved decisively to roll back environmental regulations.

California wildfires: Residents take stock of what they lost, and what remains