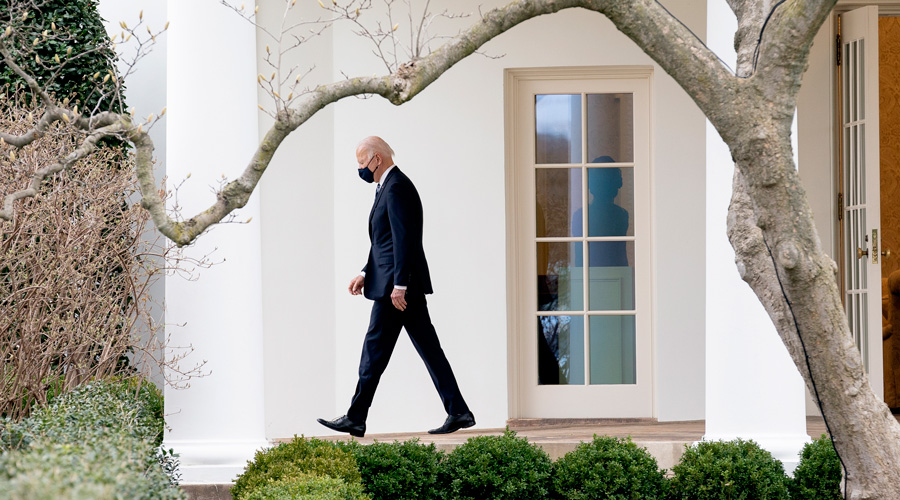 Negotiations on how to bring both the United States and Iran back into compliance with the 2015 Iran nuclear deal will take place among all parties in Vienna next week, but there will be no direct talks between Iran and the United States, the participants agreed in a virtual meeting on Friday.

Restoring the nuclear agreement would signify a major improvement in the estranged relationship between Iran and the United States.

How to sequence the return of both countries to the terms of the deal has been a complicated political and technical question, with both sides insisting the other move first. The Vienna talks, which will begin Tuesday, will be the first serious effort since President Joe Biden took office to figure out how that can happen.

Biden wants to return to the deal, negotiated while he was vice president in the Obama administration, which placed tough but temporary limits on Iran’s nuclear activities in exchange for lifting U.S. and international sanctions on Tehran.

Indirect talks in Vienna between Iran and the United States, carried out in person through intermediaries, will seek to agree on a road map on how to synchronize steps to return to their commitments, including the lifting of economic sanctions, a U.S. official said.

The United States would not seek to retain some sanctions for leverage, the official said, arguing that the previous “maximum pressure” campaign waged against Iran by the Trump administration had failed.

Once Iran and other participants in the deal, including Germany, France, Britain and the European Union as chair, work out a general road map, the official said, Iran and the United States would then ideally meet to finalize the details of choreography to get to where both say they want to be.

Former President Donald Trump had pulled the United States out in May 2018, calling the agreement “the worst deal ever negotiated.” He restored and then enhanced harsh economic sanctions against Iran, trying to force it to renegotiate an agreement with much tougher terms.

Iran responded in part by enriching uranium significantly beyond the limits in the agreement and building more advanced centrifuges.

Biden’s team has said that once there is mutual compliance with the nuclear deal, known as the Joint Comprehensive Plan of Action, or JCPOA, Washington wants to negotiate further with Iran to extend the time limitations in the deal and to try to constrain Iran’s missile programs and military support in the Middle East for groups like Hezbollah, Hamas and Shia militias, as well as for the Syrian leader, Bashar Assad.

The European Union issued a chairman’s statement after the meeting Friday announcing the Vienna talks “in order to clearly identify sanctions lifting and nuclear implementation measures.’’ All parties, including Russia and China, “emphasized their commitment to preserve the JCPOA,”’ the statement said.

Both sides have been trying, through the European participants, to find a way back to the agreement without causing political problems at home. Iran will hold presidential elections in June, and the government clearly wants to show progress toward the lifting of punishing sanctions before then. Biden must be careful not to give Republicans in the Senate, most of whom opposed the deal in the first place, any sense that he is giving in to Iranian demands.

While Iran has always insisted it will never seek a nuclear weapon, the country is now thought to be only a few months away from amassing enough highly enriched uranium to create at least one nuclear weapon, so time is a factor for Washington, too.

In Tehran, Abbas Araghchi, Iran’s nuclear negotiator in the meeting, said that “return by the U.S. to the nuclear deal does not require any negotiation and the path is quite clear,” state television reported. Iran has insisted that since Washington was the one who left the deal, it must first return to it before Iran does, a public position it is likely to maintain despite the sequencing the Vienna talks are hoping to create.

Russia’s ambassador to international organizations in Vienna, Mikhail Ulyanov, said that “the impression is that we are on the right track, but the way ahead will not be easy and will require intensive efforts. The stakeholders seem to be ready for that.”