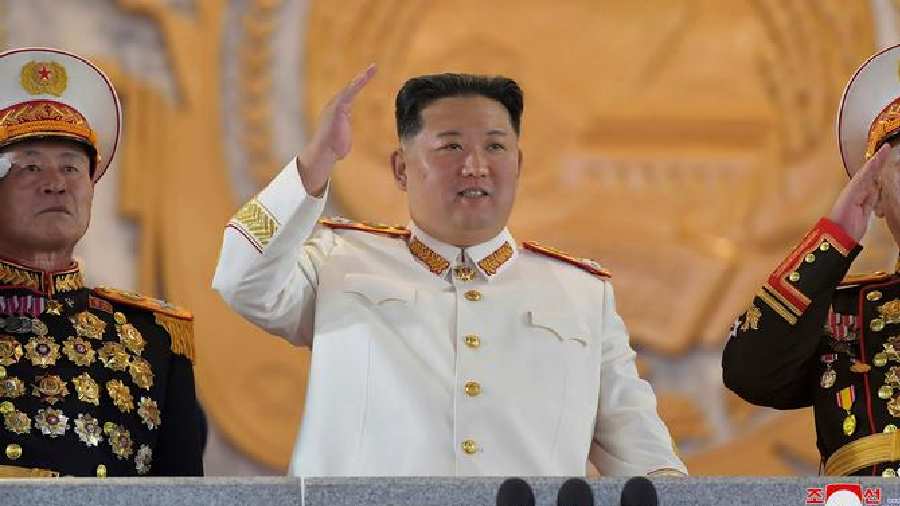 The UN report indicated that North Korea might be preparing for another nuclear test after years of a self-imposed moratorium
Deutsche Welle
Deutsche Welle   |   Published 05.08.22, 04:54 PM

North Korea has ramped up preparations to conduct its first nuclear test since 2017, the United Nations warned in a nominally confidential report, parts of which were then handed to multiple news agencies. The international agency warned of new preparations at the country's northeastern test site.

"Work at the Punggye-ri nuclear test site paves the way for additional nuclear tests for the development of nuclear weapons," according to independent sanctions monitors that reported to the UN Security Council North Korea sanctions committee.

Punggye-ri is an underground testing facility in the north of the country where heightened activity has been observed in recent months. It was the site of North Korea's six nuclear test explosions between 2006 and 2017.

Satellite imagery suggests that Pyongyang has been repairing a network of tunnels at Punggye-ri, and rebuilding structures that were demolished in 2018 during negotiations with the United States.

"The DPRK continued to develop its capability for the production of fissile material at the Yongbyon site," the monitors said, using North Korea's formal name: the Democratic People's Republic of Korea.

The experts also said that North Korea conducted two major hacks this year, resulting in the theft of cryptocurrency assets worth hundreds of millions of dollars. Monitors have accused North Korea of carrying out cyberattacks to fund its nuclear and missile programs in the past.

The government in Pyongyang is subject to stringent sanctions as a result of its nuclear weapons and ballistic missile programs.