UK to take part in EU elections amid Brexit delay 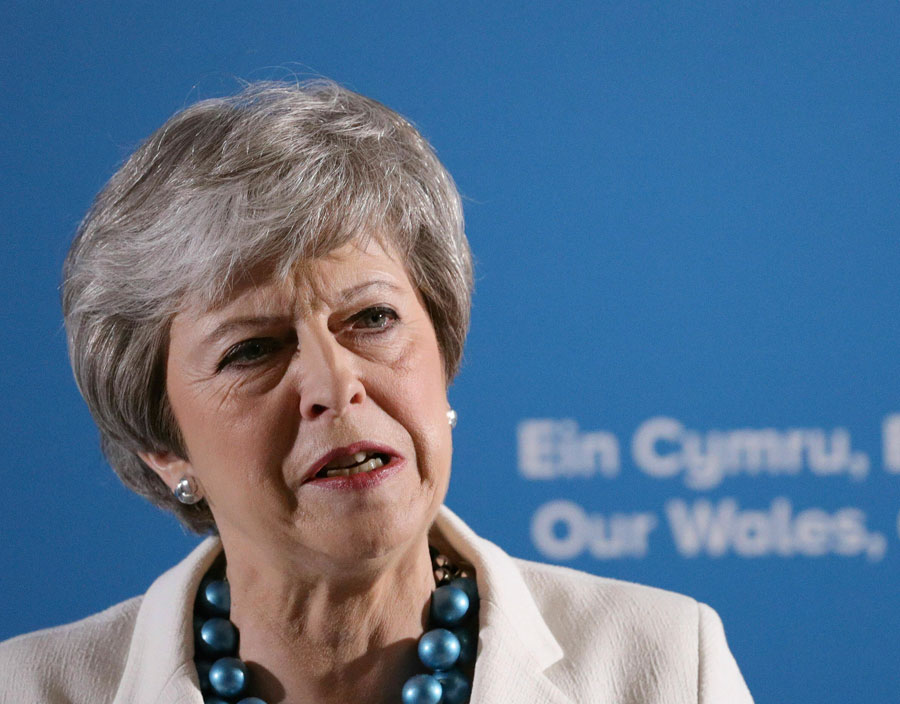 The British government on Tuesday acknowledged for the first time that the country will definitely take part in the European Parliament elections this month because there's no chance that a Brexit deal can be approved in time to avoid them.

Prime Minister Theresa May's Conservative government had been desperate to avoid UK participation in polls for UK seats in the 751-seat European Union legislature. The vote in Britain on May 23 is being held almost three years after UK voters chose to leave the EU.

But lawmakers have repeatedly rejected May's divorce deal with the bloc, and Britain's departure date has been postponed from March 29 until Oct. 31 while politicians scramble for a solution.

Cabinet Office Minister David Lidington, the No. 2 in May's government, said 'regrettably' it was no longer possible to get Brexit finished before the elections, which are being held across the EU from May 23-26.

'We very much hoped that we would be able to get our exit sorted and have the treaty concluded so that those elections did not have to take place,' he said. 'But legally they do have to take place unless our withdrawal has been given legal effect, so those will now go ahead.'

Lidington said the government still hoped Britain would leave the bloc before the new European Parliament takes up its seats in early July.

The Conservative Party fears it will be trounced in the European election as pro-Brexit and pro-EU voters both express anger at the country's political impasse.

May has pinned hopes of securing Parliament's support for a Brexit deal on reaching a compromise with the opposition Labour Party. After several weeks of fruitless negotiations, senior Conservative and Labour lawmakers resumed Brexit discussions Tuesday in what appeared to be a final push to reach an agreement.

The talks were given new urgency by last week's local elections in Britain, which saw the Conservatives hammered and Labour also lose ground as voters expressed anger at the Brexit mess.

But the left-of-centre Labour Party insists it will only agree to a Brexit deal that includes a permanent customs union with the EU to avoid barriers to the trade of goods. The government wants a looser relationship with the bloc that would let Britain strike new trade deals around the world.

Foreign Secretary Jeremy Hunt said 'compromises on all sides' were needed 'because the message of last week was that voters for both main parties are very, very angry about the fact that Brexit hasn't been delivered.'

But suggestions that May's government might soften the terms of Britain's departure from the EU has infuriated pro-Brexit Conservatives, who are demanding May's resignation.

'The time has come for her to resign,' said lawmaker Bill Cash. 'She needs to be given a date. The sooner the better. But it needs to be done in an orderly manner.'

May has said she will step down once a Brexit deal has been ratified, but it's unclear when — or even if — that will happen.

The chairman of a powerful Conservative committee that oversees party leadership contests was due to meet May later Tuesday to deliver demand for 'clarity' about her departure date.

Leaders of local Conservative organizations are holding a non-binding no-confidence vote in May's leadership on June 15.