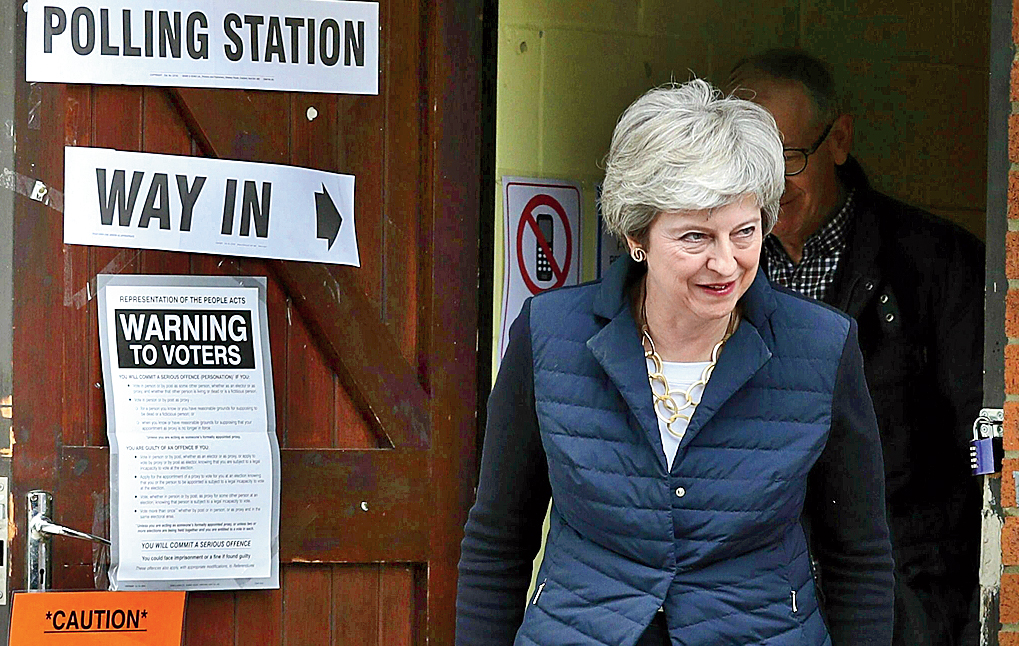 Britain’s two main political parties suffered a severe rebuke from voters in local elections, according to results announced on Friday, in an indication of frustration and disenchantment over the country’s stalled withdrawal from the EU.

The early results from the vote on Thursday showed that Prime Minister Theresa May’s Conservative Party had lost more than 400 seats, while the opposition Labour Party was down about 80, in a contest for thousands of elected positions in local municipalities across much of England and in Northern Ireland.

By contrast, two parties that oppose Brexit — the centrist Liberal Democrats and the Greens — did well in the vote, as did independent candidates, underscoring the rejection of the country’s main political forces.

Though big losses had been predicted for the Conservative Party, with many questioning May’s leadership over Brexit, Labour’s disappointing performance was more of a surprise, analysts said, particularly given the recent chaos surrounding May’s government.

In theory, electors were voting on local issues — councils control services like trash collection and planning — but experts said the backlash was a reflection of a growing disdain among voters over the Brexit malaise.

“What the voters have been saying is, ‘A plague on both your houses,’” Britain’s leading polling expert, John Curtice, a professor of politics at the University of Strathclyde, told the BBC. Voters were so annoyed by the current state of British politics, Prof. Curtice added, that they were effectively punishing whichever party had been strong in their area.

Parliament is at an impasse over Brexit, which has been delayed twice after lawmakers voted against May’s exit plans three times. Amid a sour national mood, several candidates in the local elections had suffered physical attacks during the campaign.

The results of the vote, which took place in many but not all parts of the country, looked ominous both for May and for Jeremy Corbyn, Labour’s leader. The two parties are trying to negotiate a joint approach to Brexit, though those talks have so far not yielded a breakthrough.

The Conservatives had faced a particularly tough task because the last time the seats were contested was in 2015, on the same day as elections for the national Parliament in which the party — then led by David Cameron — won a surprise victory.

Labour, in contrast, did not do so well in 2015, and this time around, experts said, its path should have been easier. But early evidence suggested that it had not succeeded in appeasing either supporters of Brexit in the north and in the middle of the country, or opponents in big cities and in the southeast.

Labour had said that it would support a second Brexit referendum, but only in some circumstances, and that it wanted to negotiate an alternative exit deal.

Barry Gardiner, who speaks for the party on international development, told the BBC that there were “two competing principles here, and we are trying to hold them in tension”.

Though Labour believes that there is a way to reconcile them, Gardiner admitted, “if a party is seen to be speaking with two voices, it’s very difficult to communicate the policy”. The parties will now gear up for elections to the European Parliament on May 23, when two new parties that did not run on Thursday will take part: the Brexit Party, which backs leaving the EU quickly.