Archie Battersbee, 12, had placed a cord around his neck, possibly as a result of participation in a hazardous online asphyxiation game, and had been in a coma since early April 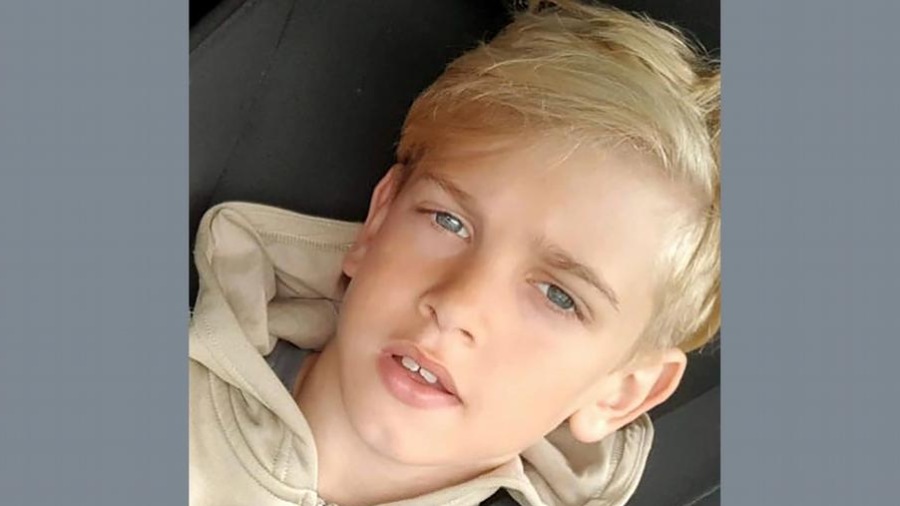 The Royal London Hospital on Saturday took 12-year-old Archie Battersbee off life support following a monthslong legal battle waged by his parents to prevent the hospital from doing so.

Hollie Dance, Battersbee's mother, found the boy unconscious in April when she returned home. He had placed a cord around his neck, possibly as a result of participation in a hazardous online asphyxiation game.

Dance told reporters on Saturday that her son passed away just over two hours after the artificial ventilation was stopped.

"Such a beautiful little boy. He fought until the end," she said.

At the entrance to the east London hospital, people left flowers, cards and candles.

Shelley Elias, 43, told the AFP news agency after leaving offerings at the makeshift vigil that she had a boy the same age.

"I did not know what to write because there are no words that will take the pain away," Elias said.

Why was Battersbee's life support withdrawn?

In June, a judge agreed with the diagnosis of doctors that Archie was "brain-stem dead." The judge concurred that life support could be withdrawn, although the family objected and fought the ruling in court.

Battersbee's family argued that he could benefit from treatment in Italy or Japan and took their case to the European Court of Human Rights in Strasbourg, which declined to intervene for a second time in the case earlier in the week.

His parents also lost a last-minute battle to have him transferred to hospice care for his final hours.

High Court Judge Lucy Theis wrote in her decision Friday: "I return to where I started, recognizing the enormity of what lays ahead for Archie's parents and the family. Their unconditional love and dedication to Archie is a golden thread that runs through this case."

She added: "I hope now Archie can be afforded the opportunity for him to die in peaceful circumstances, with the family who meant so much to him as he clearly does to them."

A spokesperson for the campaign group Christian Concern, which has been providing support to the family, said: " All legal routes have been exhausted. The family are devastated and are spending precious time with Archie."

What are the circumstances in the UK around such cases?

The case is only the latest to pit families against the National Health Service in the United Kingdom. Courts frequently intervene in cases where families of ill children and doctors are in dispute.

The involvement of groups such as Christian Concern has been a target for criticism by those who allege the group is prolonging the pain for all involved in such cases.

In April 2018, 23-month-old Alfie Evans died after doctors in Liverpool, in northwestern England, withdrew life support. Evans' parents had the support of Pope Francis to bring him to a Rome clinic but they lost a final appeal to do so.

Perhaps most high-profile was the Charlie Gard case.

Gard was born with a rare form of mitochondrial disease in August 2016. His disease caused his muscles to weaken.