Tulsi Gabbard not to seek re-election to Congress 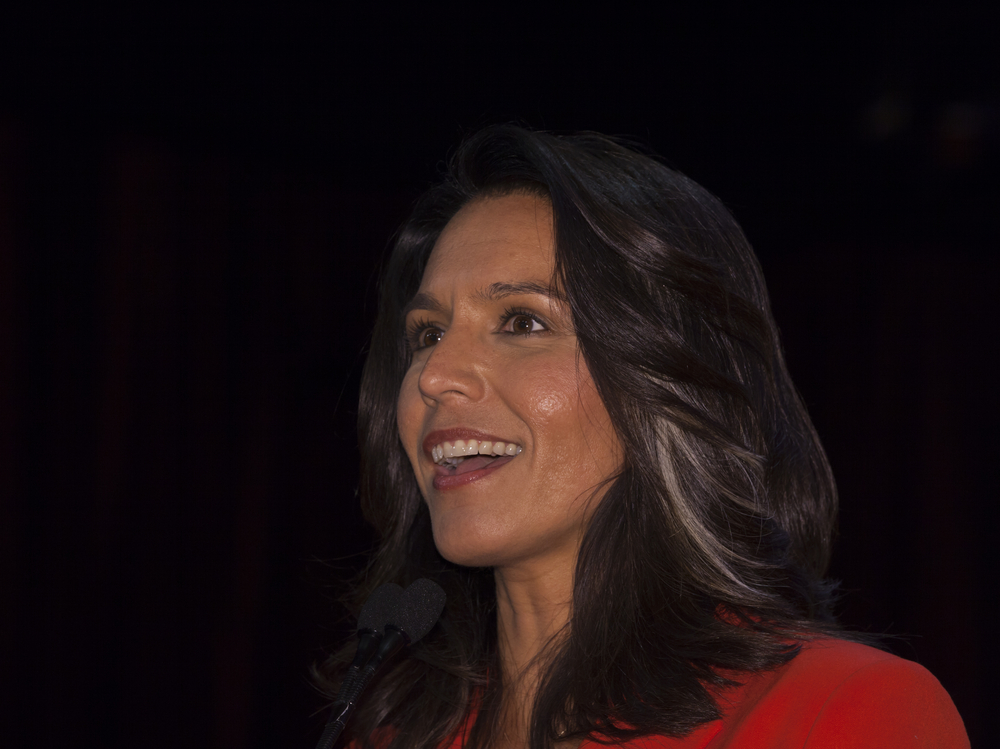 Gabbard cited her desire to become President as the reason for not seeking re-election to her current office, telling her constituents that she would “humbly ask you for your support for my candidacy for President of the United States”.
Shutterstock
Gerry Mullany/ NYTNS   |   New York   |   Published 25.10.19, 08:00 PM

Representative Tulsi Gabbard of Hawaii, who has remained in the race for the Democratic presidential nomination even as her bid has failed to gain much traction in polls, announced Friday that she would not seek a fifth term in Congress.

The announcement was likely to fuel speculation that Gabbard may be preparing for a third-party race for the White House, a prospect that has unnerved Democrats. Last Friday, Hillary Clinton suggested that Republicans were “grooming” her for such a bid, though Gabbard has denied any such plans.

In a statement, Gabbard cited her desire to become President as the reason for not seeking re-election to her current office, telling her constituents that she would “humbly ask you for your support for my candidacy for President of the United States”.

Gabbard, whose non-interventionist views have set her apart from her party, said she was the best person to lead the nation at a time when “we may be sucked into another even more disastrous war in West Asia, and tensions with other nuclear powers are escalating”.

In the crowded Democratic field, Gabbard has developed a small but devoted political following. She failed to qualify for the party’s September debate, but then met a 2 per cent polling threshold for the October 15 debate, where she assailed the news media for what she called biased coverage of her campaign.

Gabbard, 38, who served as a soldier in Iraq and is a major in the Hawaii Army National Guard, has made foreign policy the main focus of her presidential campaign, promising to get and keep the US out of foreign wars if elected. She has been a fierce critic of the Democratic Party, saying it “has become a warmongering party, a party that defends these corporate special interests and the establishment rather than being the party that is truly of, by and for the people”.

Gabbard was facing a challenger for her seat in Congress: State Senator Kai Kahele, who has assailed the congresswoman for missing votes and ignoring the demands of her constituents as she pursues her presidential bid.

“She’s a very talented person but I’m not sure, I just don’t know what to say about the campaign exactly,” said Mark Longabaugh, a Democratic strategist who worked with Gabbard when she was campaigning for Senator Bernie Sanders of Vermont in 2016.

There is potential upside for Gabbard: Drawing more attention could energise her donors and perhaps attract more supporters, extending her candidacy’s life span.

Yet there is only confusion for several Democratic officials, activists and party officials, who privately say they have been a little spooked by Gabbard. Rival campaigns worry about her unpredictable attacks if she participates in the debate, pointing to her sharp jabs against Senator Kamala Harris of California in an earlier match-up.

“She’s taken a series of policy steps which signal to the right that she has deep areas of alignment,” said Neera Tanden, a longtime policy adviser to Hillary Clinton who now leads the Center for American Progress, a liberal think tank.