TikTok chooses Oracle as US partner 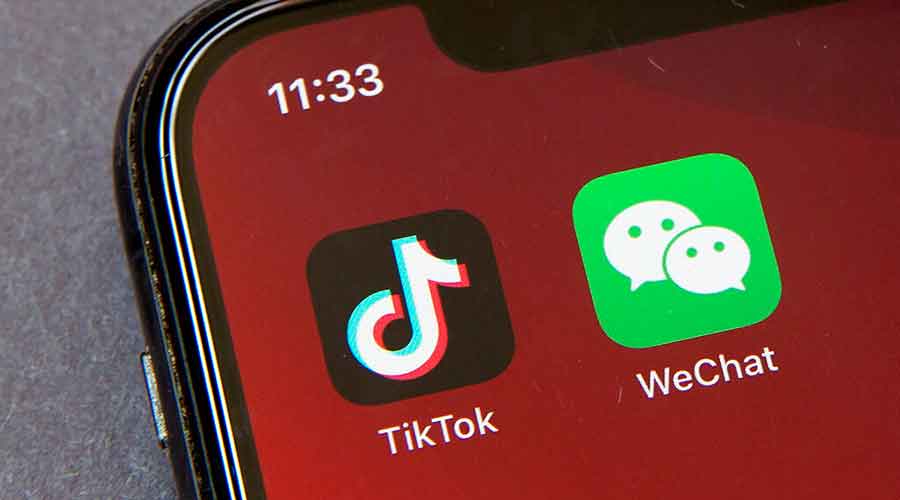 It was unclear whether TikTok’s choice of Oracle as a technology partner would mean that Oracle would also take a majority ownership stake of the social media app, the people involved in the negotiations said.
Shutterstock
David E. Sanger, David McCabe And Erin Griffith   |   Washington   |   Published 15.09.20, 01:46 AM

The Chinese owner of TikTok has chosen Oracle to be the app’s technology partner for its US operations and has rejected an acquisition offer from Microsoft, according to Microsoft officials and other people involved in the negotiations, as time runs out on an executive order from President Trump threatening to ban the popular app unless its American operations are sold.

It was unclear whether TikTok’s choice of Oracle as a technology partner would mean that Oracle would also take a majority ownership stake of the social media app, the people involved in the negotiations said. Microsoft had been seen as the American technology company with the deepest pockets to buy TikTok’s US operations from its parent company, ByteDance, and with the greatest ability to address national security concerns that led to Trump’s order.

“ByteDance let us know today they would not be selling TikTok’s US operations to Microsoft,” Microsoft said in a statement. “We are confident our proposal would have been good for TikTok’s users, while protecting national security interests.”

ByteDance declined to comment. A spokeswoman for Oracle did not immediately respond to a request for comment.

The fast-moving series of events on Sunday came as the clock ticks down on the executive order from Trump, which said that TikTok essentially needed to strike a deal to sell its US operations by September 20 or risk being blocked in the US. But sale talks had been in a holding pattern because China issued new regulations last month that would bar TikTok from transferring its technology to a foreign buyer without explicit permission from the Chinese government. And any resulting deal could still be a geopolitical piñata between the US and China.

The Chinese regulations helped scuttle the bid by Microsoft. The software giant had said in August that it would insist on a series of protections that would essentially give it control of the computer code that TikTok uses for the American and many other English-speaking versions of the app.

Microsoft said the only way it could both protect the privacy of TikTok users in the US and prevent Beijing from using the app as a venue for disinformation was to take over that computer code, and the algorithms that determine what videos are seen by the 100 million Americans who use it each month.

“We would have made significant changes to ensure the service met the highest standards for security, privacy, online safety and combating disinformation,” Microsoft said in its statement.

Oracle has said nothing publicly about what it would do with TikTok’s underlying technology, which is written by a Chinese engineering team in Beijing — and which secretary of state Mike Pompeo has charged is answerable to Chinese intelligence agencies.

That is a major concern of American intelligence agencies, led by the National Security Agency and US Cyber Command, which warned internally that whoever controls the computer code could channel — or censor — a range of politically sensitive information to specific users.

ByteDance and TikTok have denied that they help the Chinese government.

TikTok has become the latest flash point between Washington and Beijing over the control of technology that affects American lives.

The Trump administration had already banned the Chinese telecom giant Huawei from selling next-generation, or 5G, networks and equipment in the US, citing the risk of a foreign power controlling the infrastructure on which all Internet communications flow.

But TikTok took the battle in new directions. For the first time, the US was trying to stop a Chinese cultural phenomenon, with an intense following among American teenagers and millennials, which carries with it the possibility of future influence. Even if Oracle may try to close a deal, it is unclear whether Beijing would create new obstacles to the process.

And election-year politics have hung over the negotiations from the start. Unlike many other technology companies, Oracle has cultivated close ties with the Trump administration. Its founder, Larry Ellison, hosted a fund-raiser for Trump this year, and its chief executive, Safra Catz, served on the President’s transition team and has frequently visited the White House. Last month, Trump said he would support Oracle buying TikTok.