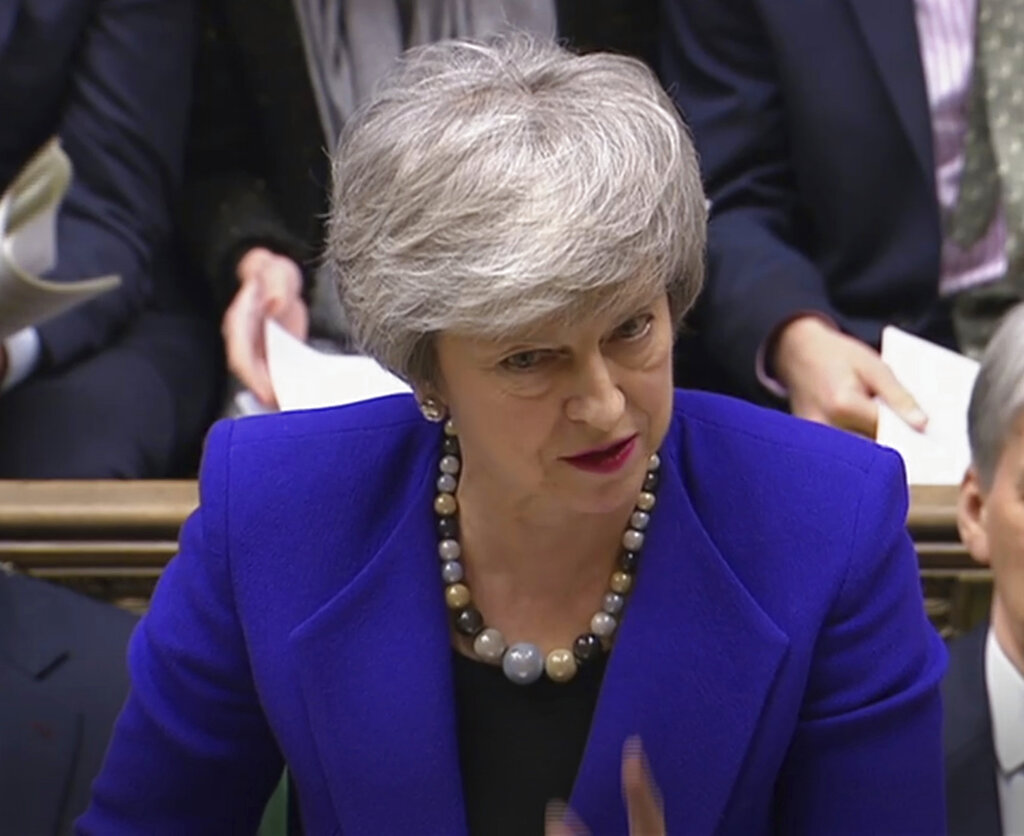 British Prime Minister Theresa May is traveling to Northern Ireland seeking support for her stalled withdrawal plan from the European Union.

May plans to speak to business leaders on Tuesday and will also meet with Democratic Unionist Party chief Arlene Foster.

The Prime Minister hopes to win political support for a solution to the vexed question of how Britain can leave the European Union next month without the need for a hard border between EU member Ireland and Northern Ireland, which is part of the United Kingdom.

A backstop agreement set out in the withdrawal plan is unacceptable to many British lawmakers, including Foster, who calls it toxic.

The issue threatens to torpedo hopes of an orderly Brexit.

May is seeking substantial changes to the plan she agreed with the EU.