Neil Basu, the son of Pankaj Kumar Basu, a Bengali doctor who arrived in London from Calcutta in 1961, has headed without doubt the biggest police investigation undertaken in peacetime Britain - as Theresa May made clear in the Commons on Wednesday. 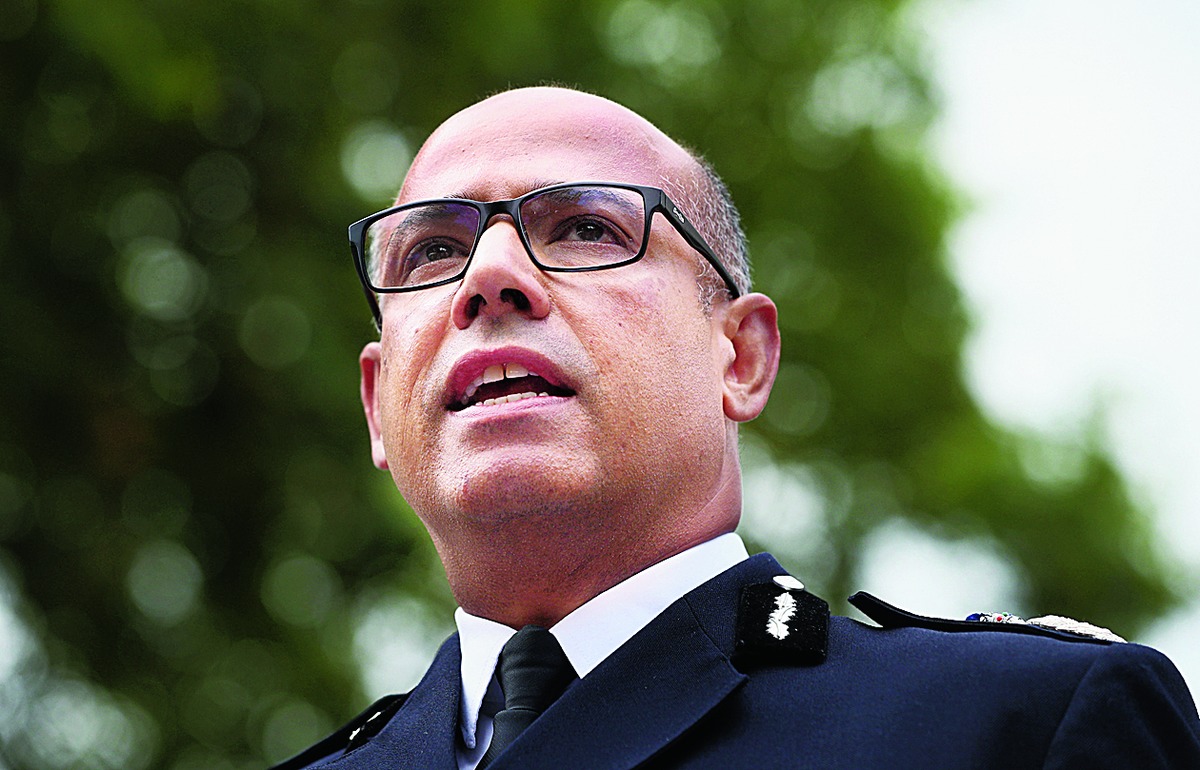 London: Neil Basu, the son of Pankaj Kumar Basu, a Bengali doctor who arrived in London from Calcutta in 1961, has headed without doubt the biggest police investigation undertaken in peacetime Britain - as Theresa May made clear in the Commons on Wednesday.

In her statement, the Prime Minister set out how police believe five persons were poisoned, including one fatally, by a military grade nerve agent called Novichok in the Wiltshire cathedral city of Salisbury.

She revealed that in trying to find out exactly what had happened to former Soviet agent Sergei Skripal, 67, his daughter, Yulia Skripal, 33, a passerby, Charlie Rowley, 45, and his partner, Dawn Sturgess, 44, "around 250 detectives have trawled through more than 11,000 hours of CCTV and taken more than 1,400 statements".

Basu, who is 50, is the third in the pecking order at Scotland Yard after the commissioner and deputy commissioner. As "assistant commissioner for specialist operations in the Metropolitan Police Service and the national lead for counter terrorism", his job is probably the toughest in policing - it is basically to keep Britain safe.

"My working day is 8am to 6pm but I am on call permanently anywhere in the globe - 24/7, 365 days a year," he said. "So the phone's never off." As "a hug film buff", he relaxes by watching movies - he lists his favourites as The Colour Purple, Rocky, The Shawshank Redemption and The Godfather.

As the Prime Minister spoke in the Commons, Basu held a separate news conference alongside the Crown Prosecution Service and disclosed the poison was contained in a specially adapted fake bottle of perfume - Premier Jour by Nina Ricci to be precise.

"We have spoken to Nina Ricci and undertaken further inquiries," he said. "Nina Ricci and our inquiries have confirmed that it is not a genuine Nina Ricci perfume bottle, box or nozzle. It is in fact a counterfeit box, bottle and nozzle that have been especially adapted."

Asked to explain how a nice Bengali boy from a middle class family ended up in counter terrorism, Basu talks with a great deal of emotion about the influence of his father, who passed away, aged 76, three years ago.

"My dad was a doctor born and raised in Calcutta," he began.

"Went to school there, qualified as a doctor there, came to this country in 1961. Married a white woman, my mother, a Welsh white woman who is still alive.

"My parents were a mixed race couple so holding hands in the streets of north Wales they would be stoned by members of the community. Between them, doctor and nurse, they gave 90 years to the National Health Service, one of the UK's greatest institution."

Basu and his two brothers grew up in Stafford before he moved to London 30 years ago. One of his father's jobs was to be a police surgeon.

Police surgeons "go to scenes of death to certify death, they go to police stations and deal with prisoners in custody.So I grew up playing sport surrounded by police officers - my father had the greatest respect for the police service."

At Nottingham University, Basu read economics. At 24, he joined the force as a constable, has served the entire period in London, risen through the ranks, and solved 17 "category A" murders ("the most serious variety") along the way.

His mother was not keen on him joining the police. "She was worried."

And the job has been dangerous, he admitted. "I have had people threaten to stab me. I have had guns pointed at - turned out to be fake guns, I am really pleased to say. But at the time it didn't feel like it was a fake gun. I have chased and disarmed people who were armed with real guns."

Although his father initially would have preferred him to have become a lawyer, "he saw me up to the rank of deputy assistant commissioner - he did not see me get the QPM (Queen's Police Medal which is given for gallantry), sadly. My dad loved the fact I was a police officer and he bragged about it from the day I was a constable to the day he died. He was incredibly proud of it."