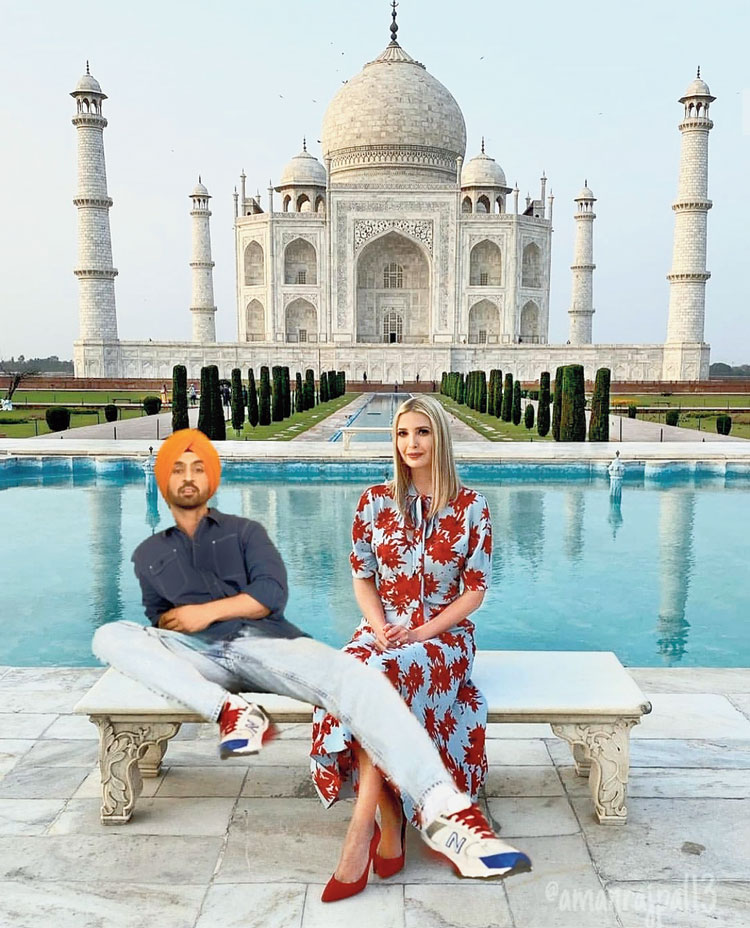 Ivanka Trump on Sunday thanked the popular actor for “taking” her to the Taj Mahal.

Diljit, who lands in the middle of an unintended sperm exchange in his latest movie Good Newwz, had on Sunday afternoon uploaded a picture on social media in which he juxtaposed his image along with that of Ivanka during the US President’s daughter’s recent trip to the Taj.

Diljit had captioned the picture in Punjabi: “Me & Ivanka. She had been after me, telling me to take her to the Taj Mahal (wink emoji). I finally took her, what else could I have done.”

Hours later, Ivanka reciprocated by tweeting: “Thank you for taking me to the spectacular Taj Mahal, @diljitdosanjh (wink emoticon). It was an experience I will never forget!”