Advertisement
Home / World / Taiwan: China warns US to not stir up bigger crisis, steps up military drills for the third day

Taiwan: China warns US to not stir up bigger crisis, steps up military drills for the third day 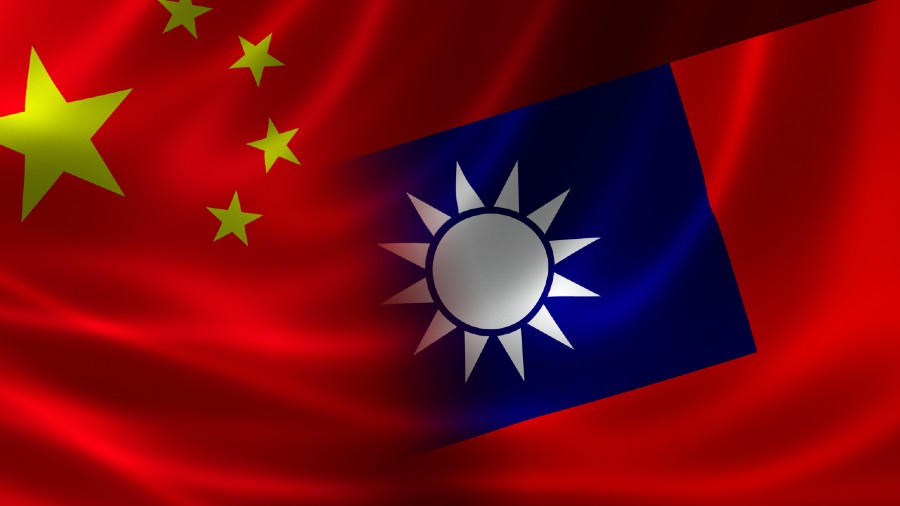 China, on Saturday, warned the US not to stir up a bigger crisis over Taiwan, as it stepped up its military drills and warplane incursions in the Taiwan Straits for the third day following House Speaker Nancy Pelosi's visit to Taipei, which Beijing feels has challenged its claims of sovereignty over the self-ruled island.

Taiwan says it detected multiple Chinese aircraft and naval vessels taking part in military drills around the Taiwan Strait on Saturday, in what could be a possible simulated attack against the island.

Taiwan's Ministry of Defence said some of the Chinese aircraft and vessels had crossed the sensitive median line in the Taiwan Strait that separates the island from the Chinese mainland.

While the scale of the military drills has led to speculation that China may be getting ready for an invasion of Taiwan, Chinese Foreign Minister Wang Yi played down the reports.

“It's a complete rumour and slander that the US claims that China has changed the status quo in the Taiwan Straits,” he said.

Pelosi's high-profile visit to Taipei on Wednesday and her meeting with President Tsai Ing-wen and other leaders has infuriated China, which views the self-governed democratic island as its territory that should be reunified with the mainland, even by force.

Foreign Minister Wang has warned the US not to stir up a bigger crisis over Taiwan, while defending the unprecedented military drills by the People's Liberation Army (PLA) in the Taiwan Strait, which included firing missiles over the island.

Wang, who attended the ASEAN foreign ministers' meeting in Phnom Penh was quoted in the official media here as saying that the usual tactic of the US is that it will first create the problems, and then use them to achieve their goal.

"But this approach will not work on China," he said.

“We must solemnly warn the US not to act rashly or create a bigger crisis,” he said, a day after Beijing imposed sanctions on Pelosi and her immediate family.

China has also halted co-operation with the US in several key areas including climate change, military affairs and efforts to combat international crime.

"The People's Republic of China is the sole legal government representing the whole of China. This is the real status quo of the Taiwan question," Wang said, refuting criticism from the US Secretary of State Antony Blinken, who accused Beijing of changing the status quo over Taiwan using Pelosi's visit as an excuse.

Blinken, who is also in Phnom Penh, told the media on Friday that China's military drills around Taiwan in response to Pelosi's visit to the self-ruled island is a disproportionate and unjustified escalation.

"There is no justification for this extreme, disproportionate and escalatory military response," Blinken said on the sidelines of an ASEAN meeting, adding, "now, they've taken dangerous acts to a new level."

For the third day on Saturday, China continued the joint combat training exercises in the northern, southwestern and eastern waters and airspace off Taiwan Island as scheduled, in a bid to test consecutively the joint operation capability of the theatre command troops.

It is not clear whether the PLA, which has gone in for the largest mobilisation of the military, including deploying an aircraft group and a nuclear submarine will announce another set of drills.

Defending the PLA's military drills and Japan saying that China fired four missiles over Taiwan, Chinese Foreign Ministry spokesman Hua Chunying said the visit by Speaker Pelosi triggered the current tensions and all China's countermeasures are justified, necessary, and proportionate. We hope the Japanese side will have the correct understanding on this .

Pelosi, 82, is the highest-ranking US official to visit Taiwan in 25 years.

The PLA also announced another set of war games from Monday in the northern Yellow Sea off the South Korean coast in an apparent warning to the US troops stationed there.

The Eastern Theatre Command of the PLA said on Saturday it continued joint combat exercises and training in the northern, southwestern and eastern waters and airspace of China's Taiwan island as planned, the official media reported.

The Taiwan Defence Ministry, which is overwhelmed by the scale of the military build-up by China, said on Saturday that multiple PLA craft were detected around Taiwan Strait, some have crossed the median line, dividing the mainland and the island.

“The recent coercion from PRC's drills around us aimed to change the status quo of Taiwan Strait, violated our sovereignty, and caused tension in the Indo-Pacific region. #ROCArmedForces seek no escalation, but we succumb to no challenges and respond with reason,” it said.