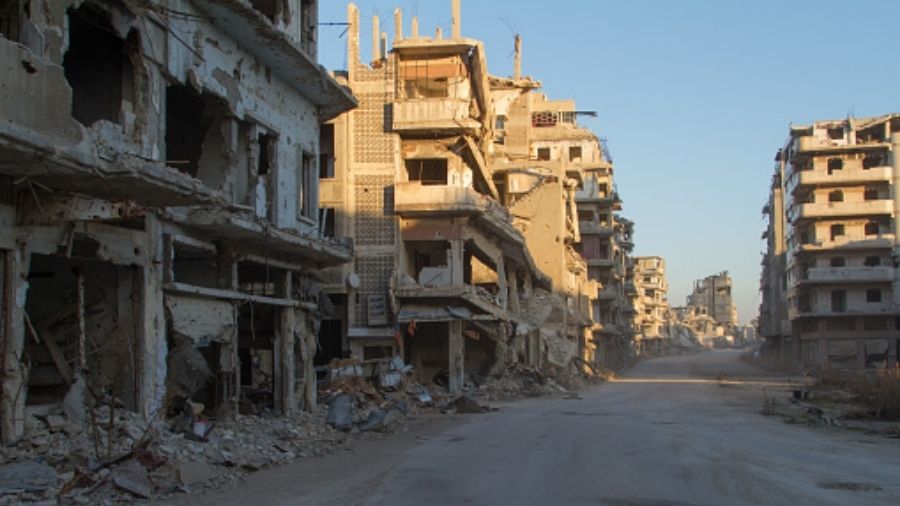 Expressing concern over the involvement of external actors in Syria, India has said it is committed to advancing a Syrian-led and Syrian-owned UN-facilitated political process to bring long-term security and stability in the conflict-ridden country.

Explaining India's vote on the Adoption of Syria Humanitarian Resolution on Friday, India's Permanent Representative to the United Nations Ambassador T.S. Tirumurti said that India firmly believes that long-term security and stability of this region can only be achieved by preserving the sovereignty and territorial integrity of Syria.

"We are deeply concerned with the involvement of external actors in Syria which is making the situation worse.

"We also remain convinced that there can be no military solution to the Syrian conflict and reaffirm our commitment to advancing a Syrian-led and Syrian-owned UN facilitated political process in line with the UN Security Council Resolution 2254," he said.

Noting that the decade-long violence and terror has caused devastating impact on the lives of Syrians, Tirumurti said that India has been calling for enhanced and effective humanitarian assistance to all Syrians throughout the country without discrimination, politicisation and preconditions.

He said that more than 13 million people across Syria need humanitarian assistance in one form or another.

"We also need to reflect on the humanitarian situation not just in the northwest, but also on the rest of the territory of Syria. Both the UN Secretary General and Office for the Coordination of Humanitarian Affairs (OCHA) have repeatedly spoken about the worsening humanitarian operations on the ground," he said.

Tirumurti said that there is an urgent need for an active engagement between international donor community, humanitarian agencies and financial institutions with Syria, consistent with the sovereignty, independence and territorial integrity of Syria to address the humanitarian situation and reconstruction needs.

"Concrete steps need to be taken to address the hurdles that are obstructing the functioning of cross line operations as well. We need a realistic basis to move forward," he said.