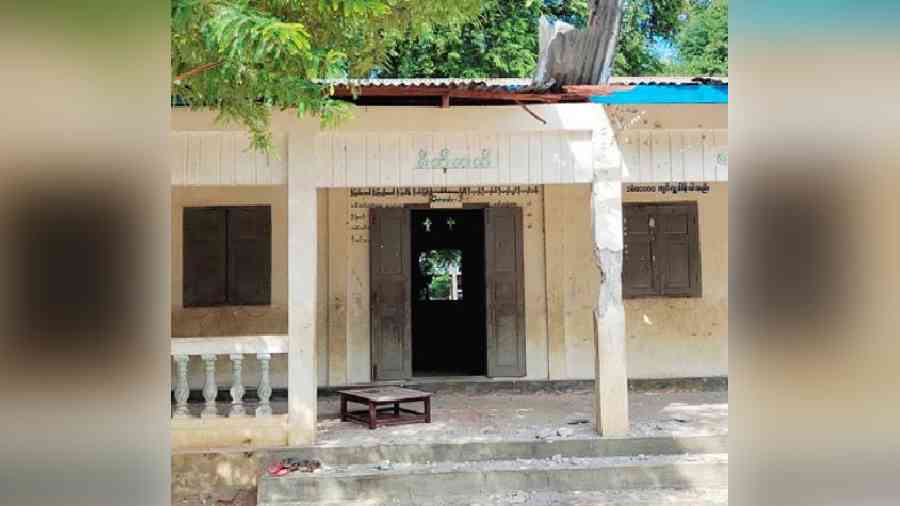 At least six children were killed and 17 wounded when army helicopters shot at a school in Myanmar, media reports and residents said on Monday, as the military said it opened fire because rebels were using the building to attack its forces.

Reuters could not independently verify details of the violence that took place on Friday in the village of Let Yet Kone in the central Sagaing region.

According to reports in the Mizzima and Irrawaddy news portals, army helicopters had opened fire on the school housed in a Buddhist monastery in the village. Some children were killed on the spot by the shooting, while others died after troops entered the village, the reports said.

Two residents, who declined to be identified due to security worries, said by telephone the bodies were later transported by the military to a township 11km away and buried.

Images posted on social media showed what appeared to be damage including bullet holes and blood stains at a school building.

In a statement, the military said the Kachin Independence Army, a rebel group, and the People’s Defence Force (PDF), an umbrella organisation of armed guerrillas that the junta calls “terrorists”, had been hiding in the monastery and using the village to transport weapons in the area.

Security forces sent by helicopter had conducted “a surprise inspection” and were attacked by PDF and the KIA inside houses and the monastery, it said.

The statement said security forces had responded and said some villagers had been killed in the clash and that the wounded were taken to public hospitals for treatment.

The statement accused the armed groups of using villagers as human shields and said that weapons including 16 handmade bombs had later been seized.