The dead has been identified as 43-year-old Mohammed Jradi 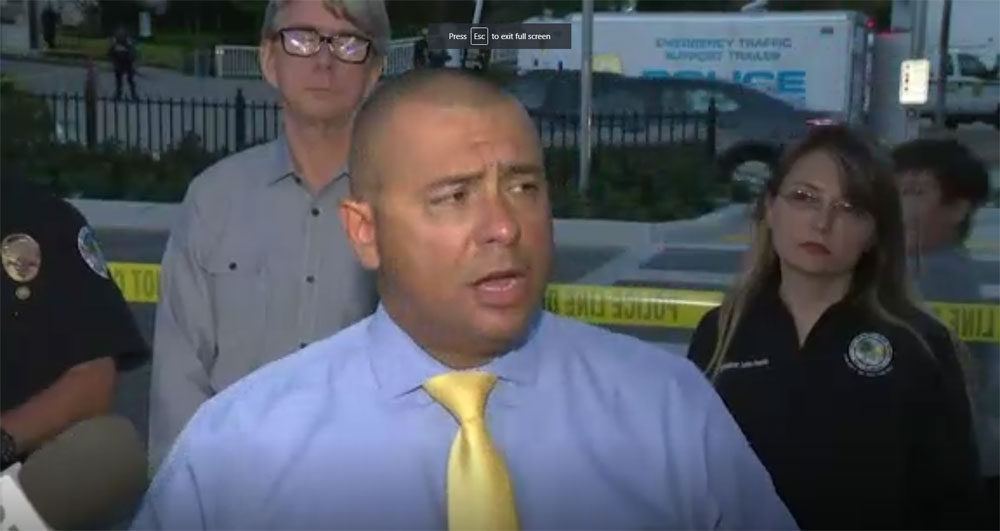 Police are investigating a shooting near one of President Donald Trump’s resorts in Florida that left one person dead and two others injured.

Miami Dade police spokesperson Alvaro Zabaleta said that a call came in at 1.41pm on Sunday stating that shots were fired at the Trump International Beach Resort Miami in Sunny Isles Beach. Sunny Isles officers responded to the scene and found several vehicles with bullet holes.

A 19-year-old woman was found inside one vehicle with a gunshot wound to the upper extremities, Zabaleta said. She was transported to a hospital and listed in stable condition.

Moments later, another 911 call came in reporting a male shot inside a vehicle at a shopping centre across the street from the hotel. Sunny Isle officers immediately responded and discovered the man with an apparent gunshot wound to the head. The victim has been identified as 43-year-old Mohammed Jradi, Zabaleta said. It appears that a stray bullet travelled from the property of the Trump International across the street, through the parking lot and struck Jradi, who was working.

“We have spoken to family members and, of course, our heart and our deepest condolences go to the family,” he said.

A five-year-old boy was also grazed by a bullet. He was treated at the scene by fire rescue and released.

Homicide detectives from the Miami Dade police department were called in and detained several people for questioning. Several firearms were also seized at the scene.