Michelle Bachelet gave no details of the killings in her speech, but urged it to set up a mechanism to closely monitor their actions 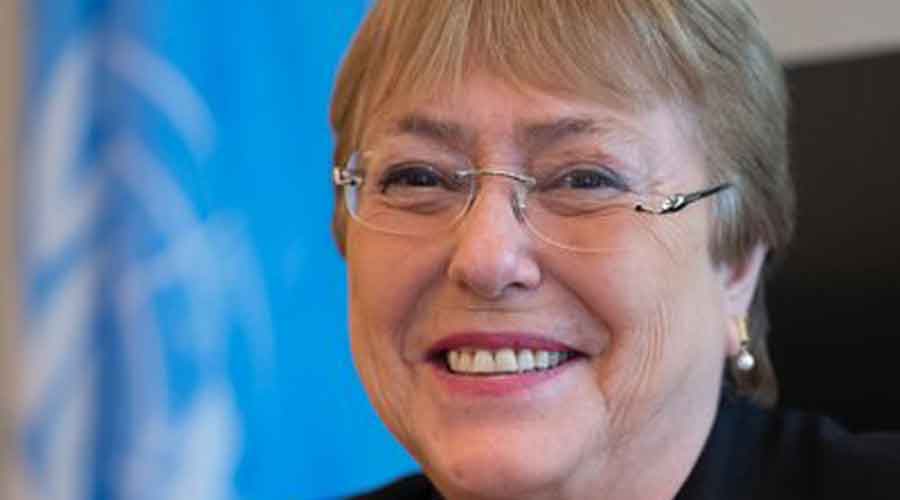 The UN human rights chief said on Tuesday that she had received credible reports of serious violations by the Taliban in Afghanistan, including “summary executions” of civilians and Afghan security forces who had surrendered.

Michelle Bachelet gave no details of the killings in her speech to the Human Rights Council, but urged it to set up a mechanism to closely monitor Taliban actions.

Under a resolution agreed later on Tuesday by the Geneva forum, she is to report back at its September-October session on the situation and on any violations committed by the Taliban, and make a fuller written report in March 2022.

The Taliban treatment of women and girls would be “a fundamental red line”, Bachelet told an emergency session of the council, held at the request of Pakistan and the Organisation of Islamic Cooperation (OIC).

Pakistan’s ambassador Khalil Hashmi said the resolution voiced grave concern over reports of violations and sent a “message of solidarity to the people of Afghanistan”.

Austria’s ambassador, Elisabeth Tichy-Fisslberger, speaking on behalf of the EU, said it was joining the consensus even though the resolution “falls short”.

The bloc had sought to launch an international investigation, she said.

Nasir Ahmad Andisha, a senior Afghan diplomat from the deposed government, called for accountability for Taliban actions, describing an “uncertain and dire” situation where millions of people fear for their lives.

Independent UN human rights experts, in a joint statement, said many people were in hiding as “the Taliban continues to search homes door-to-door” and property seizures and reprisals were being reported.

“The acts of the Taliban over the course of these months and to date may amount to war crimes and crimes against humanity,” they said.

But China’s ambassador to the UN in Geneva, Chen Xu, said that the US army and the militaries of other coalition partners, including Britain and Australia, should be held accountable for alleged rights violations by their forces in Afghanistan.

The US condemned attacks that it said were being carried out against civilians, journalists, activists and minority groups, but did not name the Taliban.

Amnesty International said that its investigation into the massacre of nine Hazara men in Ghazni province last month was “proof that the Taliban’s capacity for murder and torture has not diminished”.

Taliban fighters have taken over some UN compounds in Afghanistan, searching and ransacking offices and in one case demanding the guards provide meals for a commander and his men, according to an internal UN report.

“We have also been advised by the Taliban to remain in our compound ‘for our safety’ which equates to ‘ask permission before thinking about leaving',” the Department for Safety and Security wrote in the report.