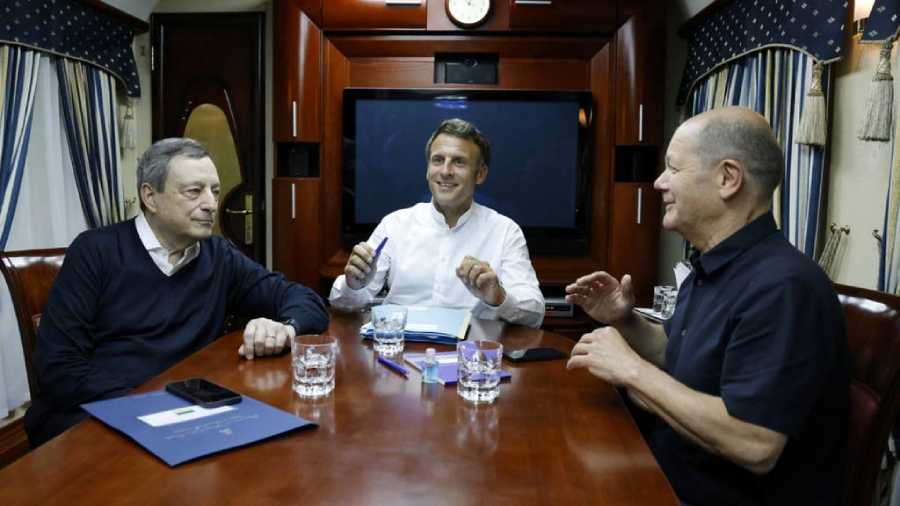 Candidate status is not the same as EU membership, it denotes the start of an often lengthy process towards joining the European Union.

The European leaders condemned Russian brutality, and surveyed the destruction in the nearby town of Irpin earlier in the day.

Scholz said the town had witnessed "unimaginable cruelty" and "senseless violence." Mass graves were found in the town of Bucha, which also lies near Kyiv.

Macron condemned the "barbarism" of Russian attacks and praised the local residents who fought back against Russia's failed attempt to take territory surrounding the capital.

Draghi vowed the country will be rebuilt with European help.

"They destroyed the nurseries, the playgrounds, and everything will be rebuilt," the Italian leader said.

In a Twitter post, Iohannis wrote there are "no words to describe the unimaginable human tragedy and horrible destruction" in Irpin.

A trip to show solidarity

"It's an important moment. It's a message of unity we're sending to the Ukrainians," Macron said shortly after the leaders arrived by train.

The trip comes amid criticism that European countries such as Germany are not doing enough to help Ukraine fend off the invasion.