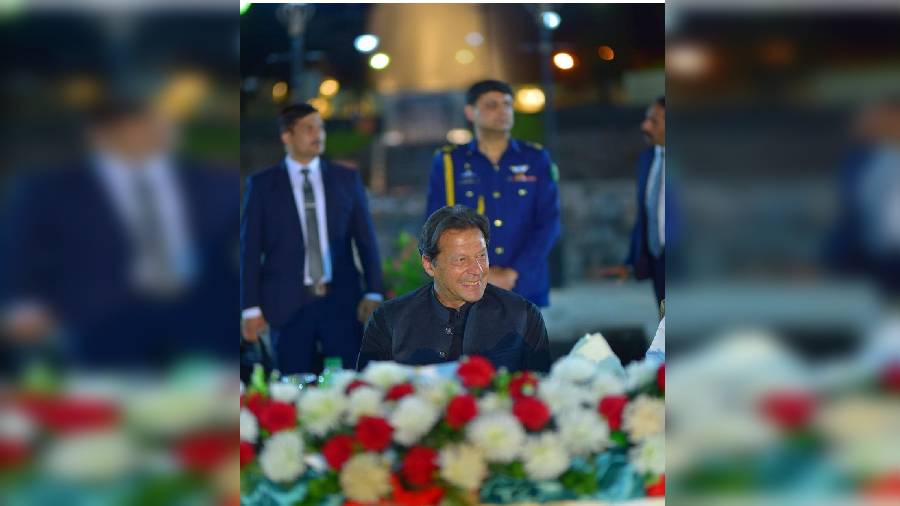 The removal of Imran Khan as the prime minister in April almost certainly portends a period of political instability, Pentagon top spy master has told lawmakers, also informing them that Islamabad will continue to develop new nuclear weapons delivery system.

Pakistan very likely will continue to modernize and expand its nuclear capabilities by conducting training with its deployed weapons and developing new delivery systems in 2022, he said.

In his testimony, he said that on April 11, Shehbaz Sharif was elected as Pakistan's new prime minister after a no-confidence vote removed Imran Khan from the post. In his first speech as prime minister, Sharif called for rebuilding the US-Pakistan relationship and denounced Khan's conspiracy theory that the US orchestrated his removal.

Sharif probably will give priority to addressing Pakistan's economy while deferring to the Army on security issues for at least the first 6 months of his term. Khan's removal almost certainly portends a period of political instability as the Sharif government transitions and as Pakistan prepares for elections due no later than August 2023, he said.

Pakistan, he told the lawmakers, currently views instability in Afghanistan as its most pressing concern and will likely prioritise preventing its spillover into Pakistan in the next year and beyond.

Although Pakistan has not formally recognised the Taliban, Islamabad seeks to maintain positive relations with them, and it is providing humanitarian assistance, international outreach, and technical support to achieve this, Berrier said.

Pakistan views the Taliban as a strategic asset, useful for securing its interests in Afghanistan. However, Islamabad's ability to shape Taliban behaviour will probably diminish because the group no longer relies on its safe havens in Pakistan, he said.

Pakistan remains vulnerable to attacks by a variety of anti-Pakistan militant groups, including Tehrik-e-Taliban Pakistan (TTP), ISIS-K, and Baloch separatists.

Pakistan's military continues to execute operations against these militant groups and remains concerned about their ability to conduct small-scale attacks and occasional high-profile attacks inside the country, he said.

Since 2020, TTP has consolidated factions and increased its attack tempo. In November 2021, TTP agreed to a one-month cease-fire with Pakistan, but announced it would not extend it further due to perceived Pakistani violations of the terms of the agreement. Fighting resumed in early December 2021, with dozens of deadly attacks, and probably will persist, he added.

Islamabad's tense relationship with India will continue to drive Pakistan's defence policy. Pakistan's relations with India remain strained since a high-profile anti-India militant attack in the Union Territory of Kashmir in February 2019.

New Delhi's August 2019 revocation of Kashmir's semiautonomous status added to these tensions. However, cross-border violence has decreased since February 2021, when both countries recommitted to a cease-fire, Berrier said, adding, India and Pakistan have not made meaningful progress toward a long-lasting diplomatic solution since then.
PTI