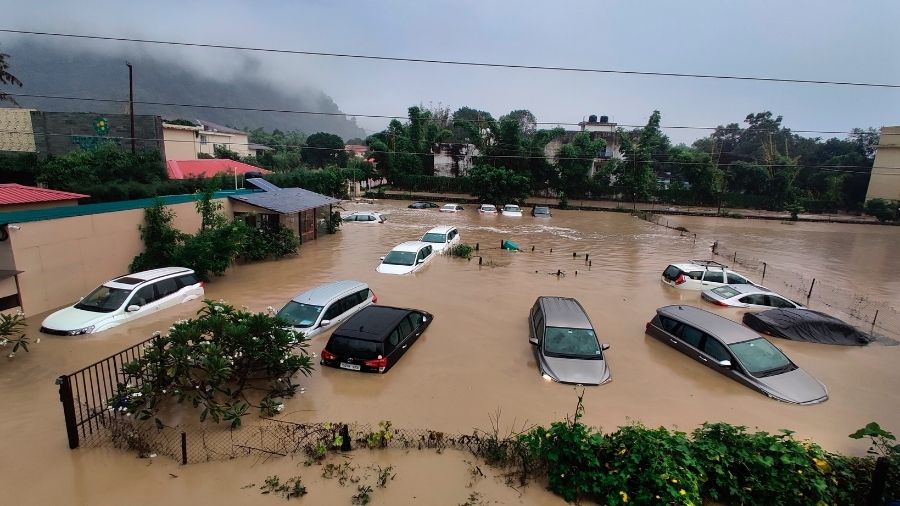 The death toll from flooding and landslides triggered by heavy rains in Nepal climbed to 88 on Thursday after 11 more fatalities were reported from various parts of the country, officials said.

Thirty people have gone missing in the incidents so far, according to the latest data published by the ministry's Disaster Management Division.

Panchthar, a district in eastern Nepal, recorded the highest number of deaths at 27, followed by 13 each in Ilam and Doti districts. Fatalities were also reported from 15 other districts, including Kalikot, Baitadi, Dadeldhura, Bajhang, Humla, Solukhumbu, Pyuthan, Dhankuta, Morang, Sunsari and Udayapur.

At least 88 people lost their lives in the recent incidents of flood, landslides and inundation that hit different parts of the country, following incessant rains over the past three days, health ministry officials said.

Eleven people were confirmed dead on Thursday morning. As many as 63 people died on Wednesday, while the death toll was 14 on Tuesday, they said.

The natural disaster hit 20 districts of Nepal. In Bajhang district, 21 people have gone missing. However, weather conditions have started improving from Thursday, the officials said.

Twelve people, including four Slovenian tourists and three guides, are stranded at Nakhla in Humla district, 700 km west of Kathmandu after heavy snowfall blocked the road at Limi area. They were on their way back to Simikot after completing their trekking expedition at Limi, Humla Chief District Officer Ganesh Acharya said.

Snowfall started in the area on Sunday and the rescue works could not be carried out on Wednesday due to bad weather. The local administration has sought a helicopter from the home ministry to carry out the rescue operation, officials said.