The Russian and Turkish leaders are talking on the sidelines of the SCO summit in Uzbekistan. Chinese President Xi Jinping has also met Erdogan and urged mutual political trust 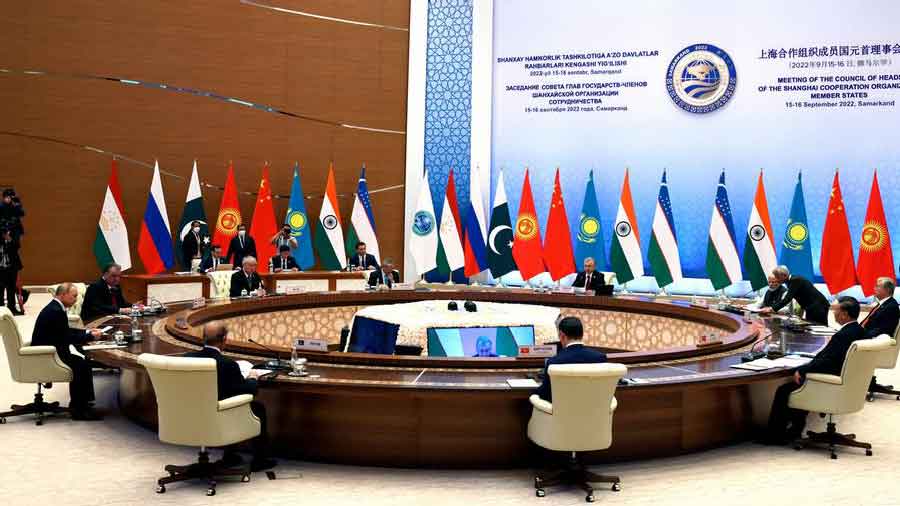 Russian President Vladimir Putin is meeting with Turkey's President Recep Tayyip Erdogan on Friday on the sidelines of a regional security meeting in Uzbekistan.

It is expected that the focus of the talks will lie on grain export from Ukraine. Since the Russian invasion in Ukraine, the country had been blocking ports to disrupt the export of grain, causing a disastrous lack of supply for many countries.

Erdogan had been incremental in brokering a deal between Ukraine and Russia to take up grain exports again.

"We should focus on development cooperation (and) give full play to the role of various cooperation mechanisms and respective strengths between the two countries," he was quoted as saying.

China's relationship to Turkey however has been tainted by China's alleged human rights violations against the Uyghurs, who are a Turkic-speaking Muslim minority in China's northwest Xinjiang region.

What happened when Xi met Putin on Thursday?

On Thursday, Xi and Putin had met to talk bilaterally, discussing both Ukraine and Taiwan.

Putin praised China's "balanced" approach to Ukraine during his meeting with the Chinese president. Putin had said he was ready to address Chinese "concerns" over Ukraine before the meeting.

"We understand your questions and your concerns in this regard, and we certainly will offer a detailed explanation of our stand on this issue during today's meeting, even though we already talked about it earlier," Putin said in acknowledging Beijing's stance.

It was Xi and Putin's first bilateral talks since the beginning of the Russian invasion of Ukraine.

The Shanghai Cooperation Organization is an eight-nation group, including Pakistan and India, set up and spearheaded by China and Russia in a bid to counterbalance the influence of the West.

All eyes on SCO summit in Samarkand