Hotspot: Editorial on SCO summit in Samarkand, the new centre of geopolitics 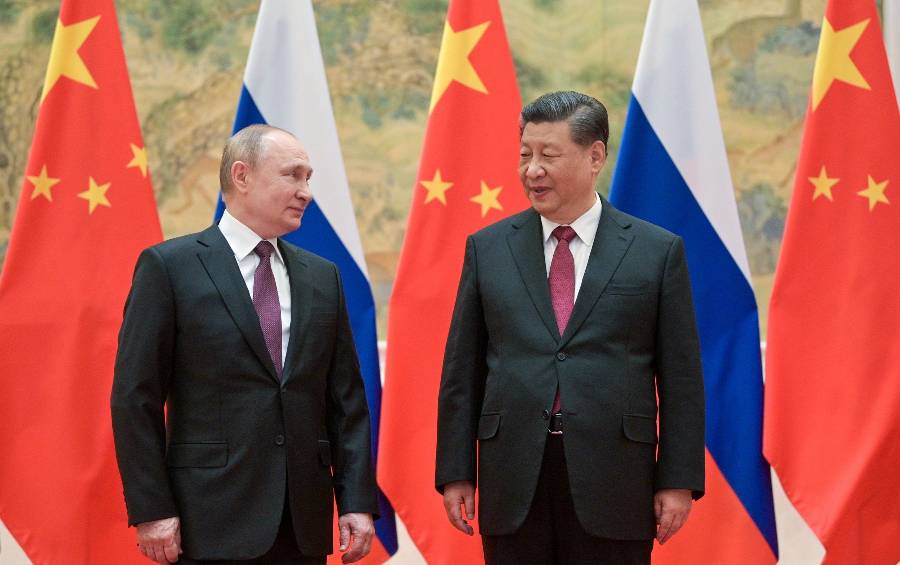 A meeting between the Russian president, Vladimir Putin, and his Chinese counterpart, Xi Jinping, marked their first face-to-face interaction since the start of Moscow’s war in Ukraine.
The Editorial Board   |   Published 16.09.22, 03:35 AM

The annual United Nations General Assembly session began this week, but the diplomatic world’s eyes are on Samarkand, Uzbekistan — not Manhattan — where more than a dozen leaders representing Shanghai Cooperation Organisation member states and observer nations started a two-day huddle on Thursday. A meeting between the Russian president, Vladimir Putin, and his Chinese counterpart, Xi Jinping, marked their first face-to-face interaction since the start of Moscow’s war in Ukraine. Prime Minister Narendra Modi is in the Silk Route city too and is scheduled to meet a number of other leaders, including Mr Putin, although it is unclear as of now whether he will also have a tete-a-tete with Mr Xi. The Turkish president, Recep Tayyip Erdogan — the single-most influential mediator between Russia and Ukraine — is in Samarkand, as are the presidents of Belarus, Iran, Mongolia, Kazakhstan, Kyrgyzstan, Tajikistan, Azerbaijan, Turkmenistan and the host, Uzbekistan, apart from Pakistan’s prime minister. Armenia’s prime minister was also supposed to attend but is reported to have withdrawn from the event because of fresh clashes with Azerbaijan’s troops along their contested border. That many of Eurasia’s biggest leaders have chosen to attend the SCO at a time of war and economic turmoil is no coincidence. Indeed, those tensions — and domestic challenges faced by some of these leaders — have only increased the relevance of the SCO as a platform for conversations even if not as a cohesive grouping.

Russia’s war in Ukraine has also sucked in Belarus, which the Kremlin has used as a launchpad for military operations. China and India are locked in a long and tense border standoff, even though their troops disengaged at one spot recently— in a manner that likely helps Beijing’s boundary claims. In the South Caucasus, reports of attempts at ceasefires between Armenia and Azerbaijan alternate with news of fresh firing. Meanwhile, Mr Putin and Mr Erdogan are involved in a chess game of their own, competing for influence in Syria, Libya, the South Caucasus, the Balkans and around the Black Sea. In a nutshell, the key protagonists of many of the world’s most explosive conflicts and fissures are all in Samarkand. There is little chance, then, of any coherent, common position emerging from the SCO summit. Yet, the moment also captures just how decisively the centre of geopolitics has shifted to Eurasia. The bilateral meetings between leaders in Samarkand could shape the course of the region and the world far more than the UN can.