Prince William, Kate Middleton on flood devastation in Kaziranga: Shocked by what has happened

'The deaths of so many animals, including the one-horned rhino, is deeply upsetting' 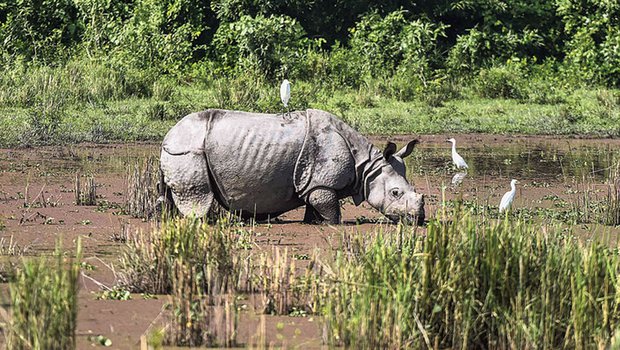 Prince William and his wife Kate Middleton expressed concern and distress over the devastation caused in Assam's Kaziranga National Park by flood which has killed many animals and affected livelihood of several people.

The park has been hit by three waves of flood so far this year with 92 per cent of its area submerged in waters and 123 animals, including 12 rhinos, dead.

In a letter to the park's Director P Sivakumar, the Duke and Duchess of Cambridge said they were heartbroken to hear about the appalling devastation to the Kaziranga National Park and its wildlife caused by very heavy monsoon flooding.

"We have the happiest memories of our visit to Kaziranga in April 2016 and are shocked by what has happened," Prince William wrote in the letter, which was made available to the press by park authorities on Friday. 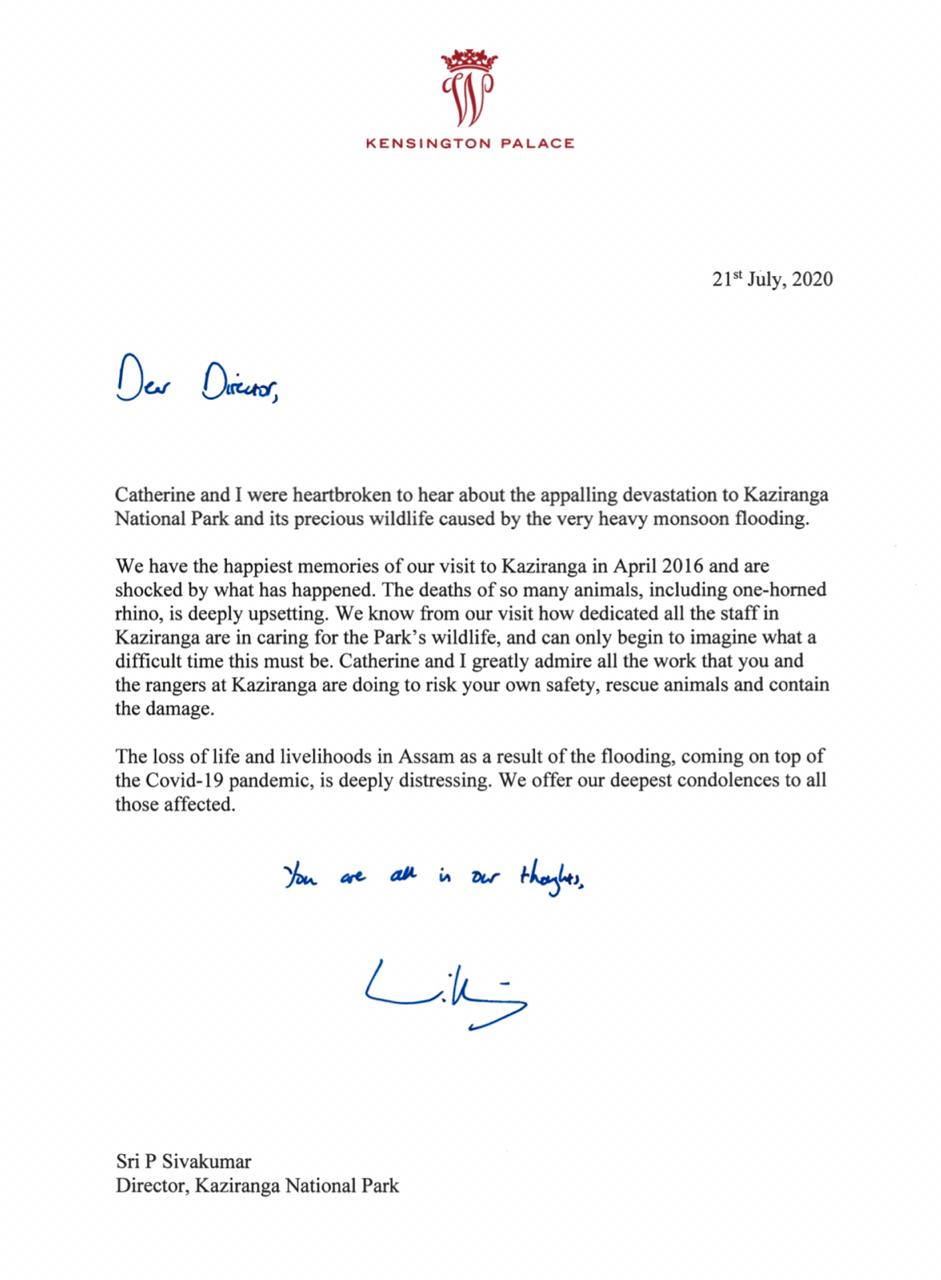 The deaths of so many animals, including the one- horned rhino, is deeply upsetting, he said.

"We know from our visit how dedicated all the staff in Kaziranga are in caring for the park's wildlife, and can only begin to imagine what a difficult time this must be," he said.

Expressing their appreciation for the park's rangers, the Duke said, "Catherine and I greatly admire all the work that you and the rangers at Kaziranga are doing to risk your own safety, rescue animals and contain the damage."

The loss of life and livelihoods in Assam as a result of the flooding, coming on top of the COVID-19 pandemic, is deeply distressing, he said.

"We offer our deepest condolences to all those affected," the Duke said.

The park director said that they are deeply moved by the letter, which is full of compassion and concern for the Kaziranga National Park and Tiger Reserve.

"In difficult times like this, a message from the Duke is surely a morale booster for all," he said.