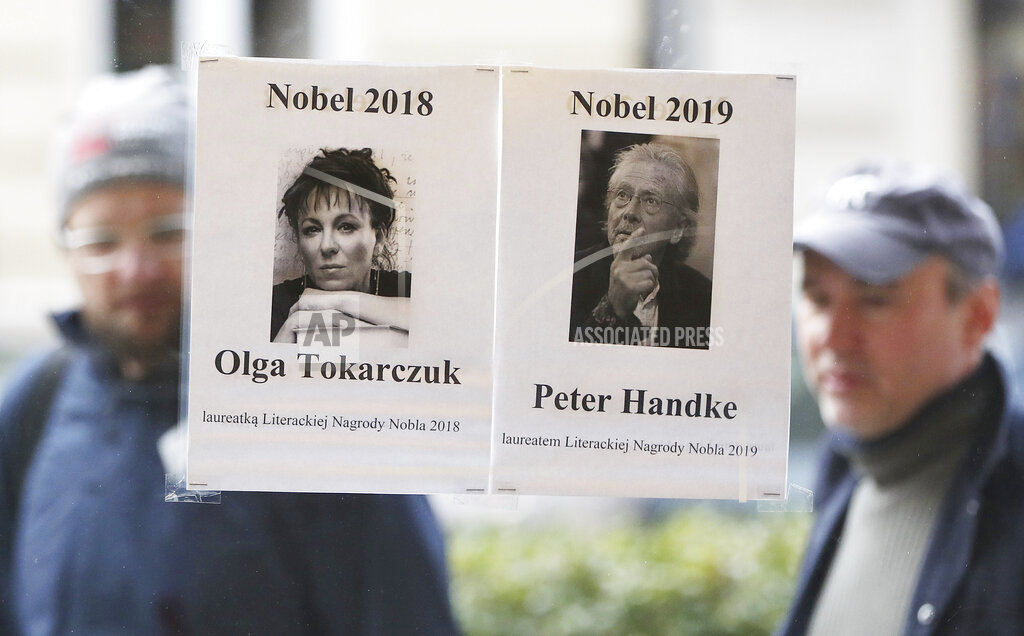 Handke, 76, was recognised for a body of work which includes novels, essays, notebooks and drama and “that with linguistic ingenuity has explored the periphery and the specificity of human experience”, the Academy said in a statement.

Tokarczuk, 57, won for “a narrative imagination that with encyclopaedic passion represents the crossing of boundaries as a form of life,” it said.

Both have courted controversy — Handke for his portrayal of Serbia as a victim during the Balkan wars and attending its leader’s funeral, and Tokarczuk for touching on dark areas of Poland’s past that contrast with the version of history promoted by the country’s ruling nationalist party.

Two prizes were awarded this year after last year’s award was postponed over a scandal that led to the husband of an Academy member being convicted of rape. Since then, the organisation has appointed new members.

Academy member Anders Olsson said both Handke and Tokarczuk had accepted their prizes.

“I only talked to Peter Handke myself. He was very, very moved. At first he did not utter any words,” Olsson said.

He added: “It is not a political prize, it is a literary prize.”

Handke established himself as one of the most influential writers in Europe after World War II, the academy said. He also co-wrote the script of the critically-acclaimed 1987 film Wings of Desire.

The author of books such as The Goalie’s Anxiety at the Penalty Kick and Slow Homecoming, he attracted widespread criticism attending the funeral of former Yugoslav President Slobodan Milosevic in 2006.

Writer Salman Rushdie once criticised him for “a series of impassioned apologias for the genocidal regime of Slobodan Milosevic”.

Tokarczuk trained as a psychologist before publishing her first novel in 1993. Since then, she has produced a steady and varied stream of works and her novel Flight won her the high-profile Man Booker International Prize last year. She was the first Polish author to do so.