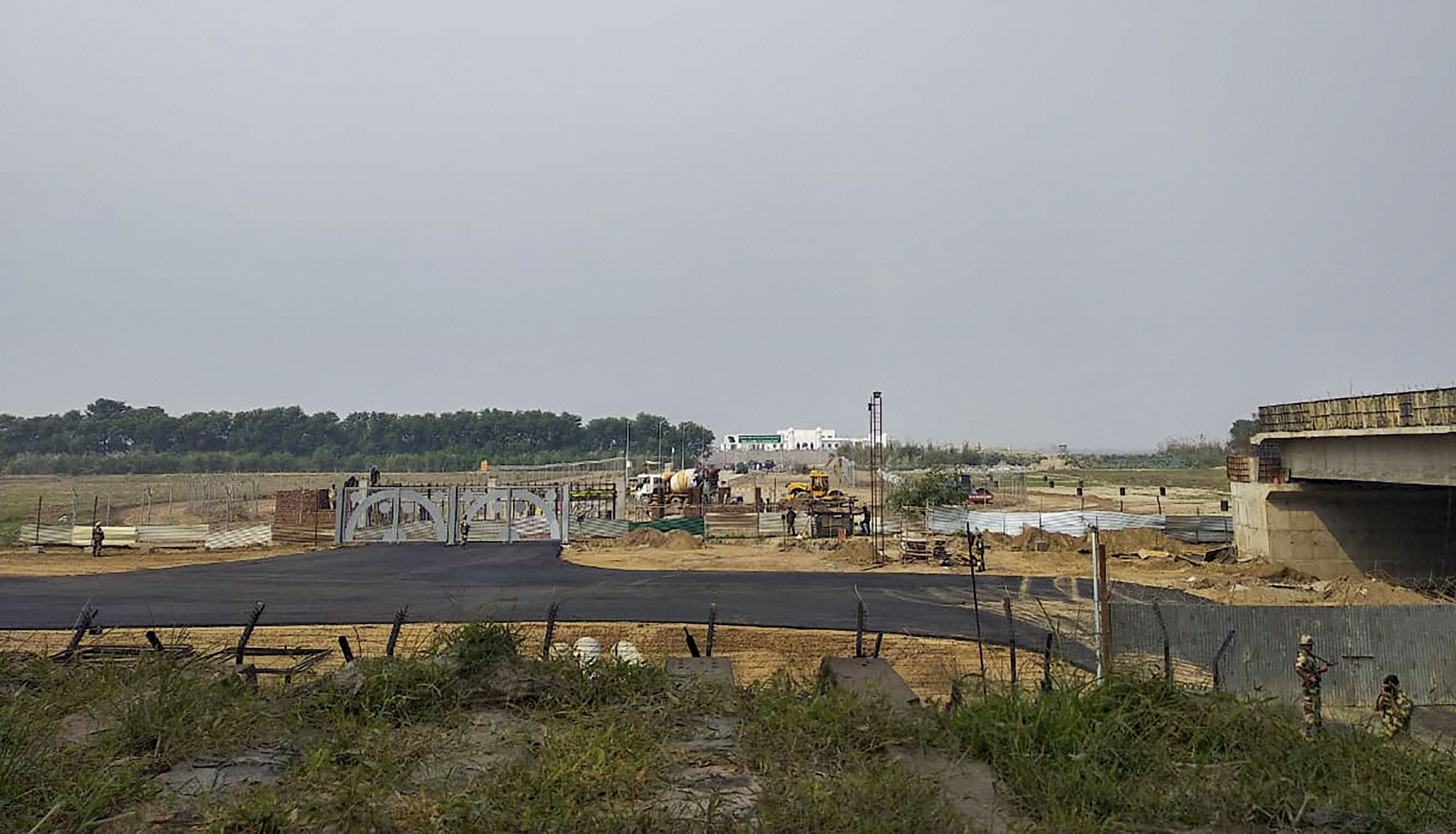 The proposed corridor will connect Darbar Sahib in Kartarpur with Dera Baba Nanak shrine in Gurdaspur district of Punjab and facilitate visa-free movement of Indian pilgrims, who will have to just obtain a permit to visit Kartarpur Sahib, which was established in 1522 by Guru Nanak Dev.

Pakistan is building the corridor from the Indian border to the Gurdwara Darbar Sahib in Kartarpur, while the other part from Dera Baba Nanak up to the border will be constructed by India.

'Pakistan is all set to open its doors for Sikhs from all across the globe, as the construction work on Kartarpur project enters final stages and will be open to public on November 9, 2019,' Khan said in a Facebook post, clearing the air on whether the corridor will be open on the occasion of the 550th birth anniversary of the Sikh faith founder Guru Nanak Dev next on November 12.

'The world's largest gurdwara will be visited by Sikhs from across India and other parts of the world. This will become a major religious hub for the Sikh community, and will boost the local economy, result in earning foreign exchange for the country creating jobs in different sectors including travel and hospitality,' Khan said.

'Religious tourism is on the rise in Pakistan, earlier Buddhist monks visited various sites for religious rituals followed by opening of #Kartarpur Corridor,' he added.

On October 10, Pakistan foreign office spokesman Mohammad Faisal created confusion over the inauguration date by stating that 'no date has been fixed so far,' while a Pakistani senior official heading the corridor project had announced that the nation will allow Indian Sikh pilgrims to visit Kartarpur Sahib from November 9.

Punjab chief minister Amarinder Singh on October 3 had said Singh agreed to join the first all-party 'jatha' (delegation) to the Kartarpur Sahib gurdwara to join the mega event after the opening of the Kartarpur Corridor.