After word spread that Mueller was going to deliver his report, a fog of anxiety crept in on little cat feet 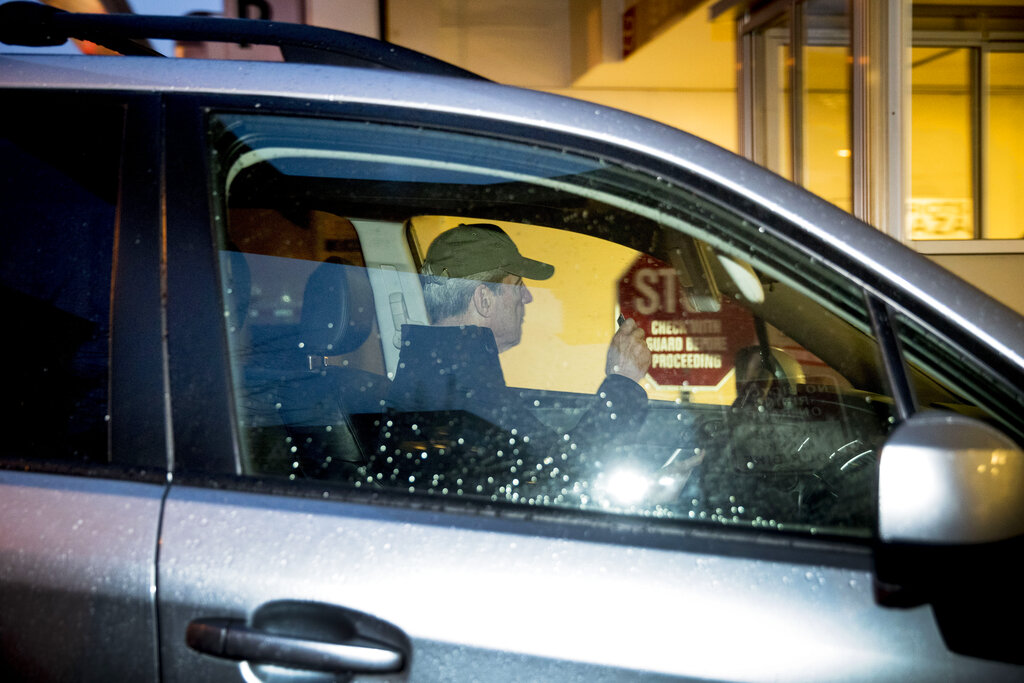 The man who kept everyone waiting: Robert Mueller arrives at his office building in Washington on Thursday.
AP
Maureen Dowd/NYTNS   |   Washington   |   Published 23.03.19, 07:38 AM

I got a call at 3 pm on Friday from the Washington electric company telling me that a manhole in front of my house was smoking, that the underground cable to my house had burned up because it was old and that all the power in my house was out.

“I can’t come home now,” I told the electric guy. I was extremely busy doing what everyone else in town was doing — nothing. Waiting. My house was the least of it — the whole city was short-circuiting.

After word spread that Robert Mueller was going to deliver his report to the Justice Department at noon on Friday, a fog of anxiety crept in on little cat feet. (Sorry, Carl Sandburg.) After the President flew off to Mar-a-Lago, the skies darkened and rain pelted down.

We drank coffee and waited.

We ate burgers and waited.

We watched basketball and waited for Mueller’s March Madness.

All day, cable chatterers ranted about this being a significant moment in American history, but no one was sure yet what the significance was. As William Goldman once said of Hollywood, “Nobody knows anything.” And as Tom Petty sang, “The waiting is the hardest part.”

Democrats yearned to have Mueller scream “Collusion!” like Marlon Brando once screamed “Stella!” And come to the podium to announce: “This is a real national emergency. The President is a Russian agent and needs to go immediately, along with his family.”

They wished Bobby Boy Scout would go up to the Capitol and act like Rachel McAdams’s Regina George in Mean Girls, when she strides down the halls of the school scattering pages into the air that she had copied from the dishy Burn Book.

No chance. The 74-year-old, an Ivy League graduate and a decorated Marine in Vietnam, is so meticulous that he would not even deviate to wear a blue shirt when he ran the FBI, seeing that as compromising his integrity. He has run the only disciplined, airtight operation in the undisciplined, leaky Trump era.

Not even Rudy Giuliani, the President’s lawyer, knew what was happening when The Times’ Katie Rogers tracked him down at the Trump hotel at 1.30 pm, as he sat at a table in the lobby and worked his cellphone trying to get information.

No one, from the President on down, knew exactly when the report would come or what it would say. With his usual bravado about his base, Trump told Fox’s Maria Bartiromo that “people will not stand for it” if the report was damning.

All we really knew was that this was a pivotal moment, not only for Trump but also for his Javert. If the special counsel delivered a weak gruel, after all the time, money, newsprint and digital space lavished on it, people would demand to know why he hadn’t pulled the plug long ago.

By Friday morning, White House officials had been feeling better and Democrats who had once fantasised that Mueller would put Trump in a jumpsuit to match his hair began to emphasise that it was their congressional investigations and New York prosecutors that were going to bring Trump to justice.

Still, no one knew for sure.

It was not thought that Trump would be indicted, because Justice Department rules say a President can’t be indicted. So, the question was: Would Mueller imply that the only thing that saved Trump from an obstruction charge was the fact that he was sitting in the Oval Office? How much evidence would Mueller show that Trump actually tried to obstruct justice?

As Happy Hour approached, Attorney General William Barr notified the White House and congressional leaders that Mueller had delivered his report. The two Republicans are good friends who go back decades, a fact that startled Trump when Barr mentioned it during his confirmation hearings. (When Barr was attorney general the first time, under George H.W. Bush, he was Mueller’s boss, when Mueller led the criminal division.)

In his letter to the leaders of the House and Senate Judiciary committees, Barr said he might be able to brief them on the main conclusions of the report this weekend. The Justice Department said no more indictments were coming in the Russia investigation. Could Don Jr. and Jared have shaken off the bloodhounds?

The scene on Friday was far more occluded than the media hullabaloo on September 9, 1998, when two dark vans pulled up to Capitol Hill with 36 boxes containing Ken Starr’s report on presidential chicanery.

Starr was a star leaker and showboat, and journalists and the public were quickly able to get their hands on the document on which the fate of the Republic was hanging. It was something of a shock to learn that the supposedly dignified independent counsel — who was once on a shortlist for the Supreme Court — had delivered a 445-page bodice ripper, a trite story of an office affair in all its seamy particulars, told with such sanctimony that it was redolent of Nathaniel Hawthorne.

It was clear that the sins recorded were not black enough to merit impeachment. Politicians in Washington have been having illicit sex and lying about it since George Washington slept here.

But that didn’t stop Republicans from impeaching Bill Clinton that December. In the end, the reputation of Starr and the hypocritical Republicans, some of whom were having their own affairs with young government aides, suffered. And the country suffered as well. Clinton came out more popular, until #MeToo caught up with him.

As much as Trump will spin victory and claim it’s all over, Friday was not the end of what the President tweeted was “the World’s most expensive Witch Hunt.” Democrats, aflame with investigative zeal, demanded that the report be made public and all of Mueller’s files be turned over to Congress.

Mueller may be winding down, but the Democrats are just getting wound up.