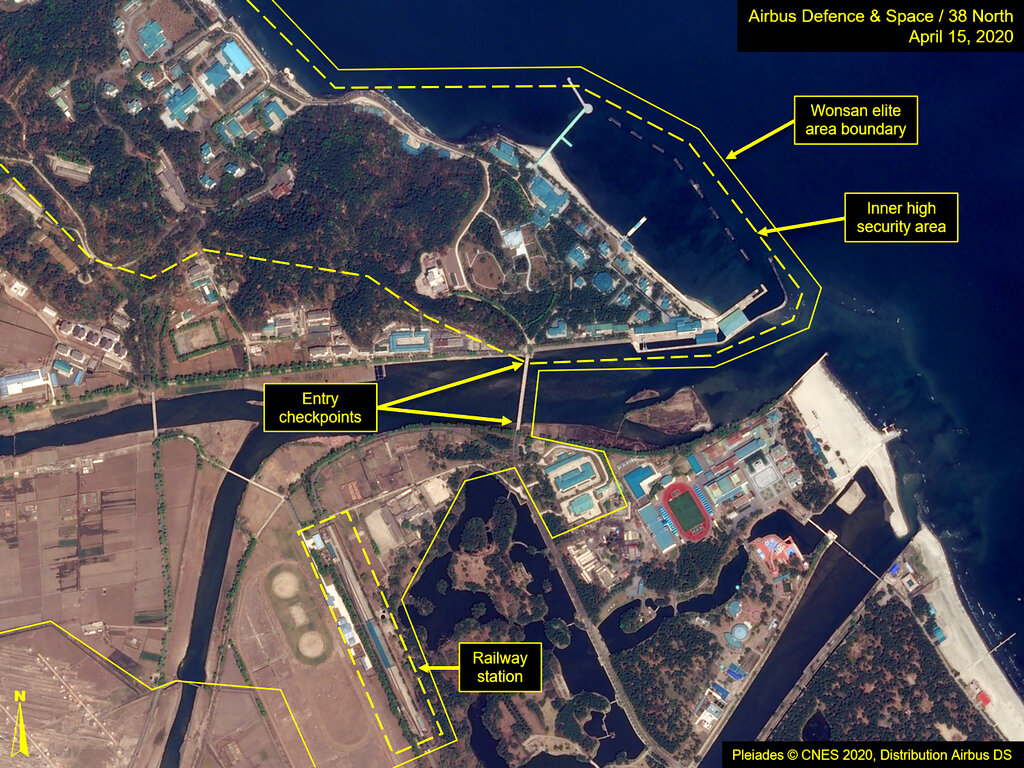 A train likely belonging to North Korean leader Kim Jong Un has been parked at his compound on the country’s east coast since last week, satellite imagery showed, amid speculation about his health that has been caused, in part, by a long period out of the public eye.

The satellite photos released by 38 North, a website specializing in North Korea studies, don’t say anything about Kim's potential health problems, and they echo South Korean government intelligence that Kim is staying outside of the capital, Pyongyang. Seoul has also repeatedly indicated that there have been no unusual signs that could indicate health problems for Kim.

That hasn't stopped growing unconfirmed rumors and media reports about Kim’s health that have emerged since he missed an April 15 commemoration of the 108th birthday of his grandfather, North Korea founder Kim Il Sung. 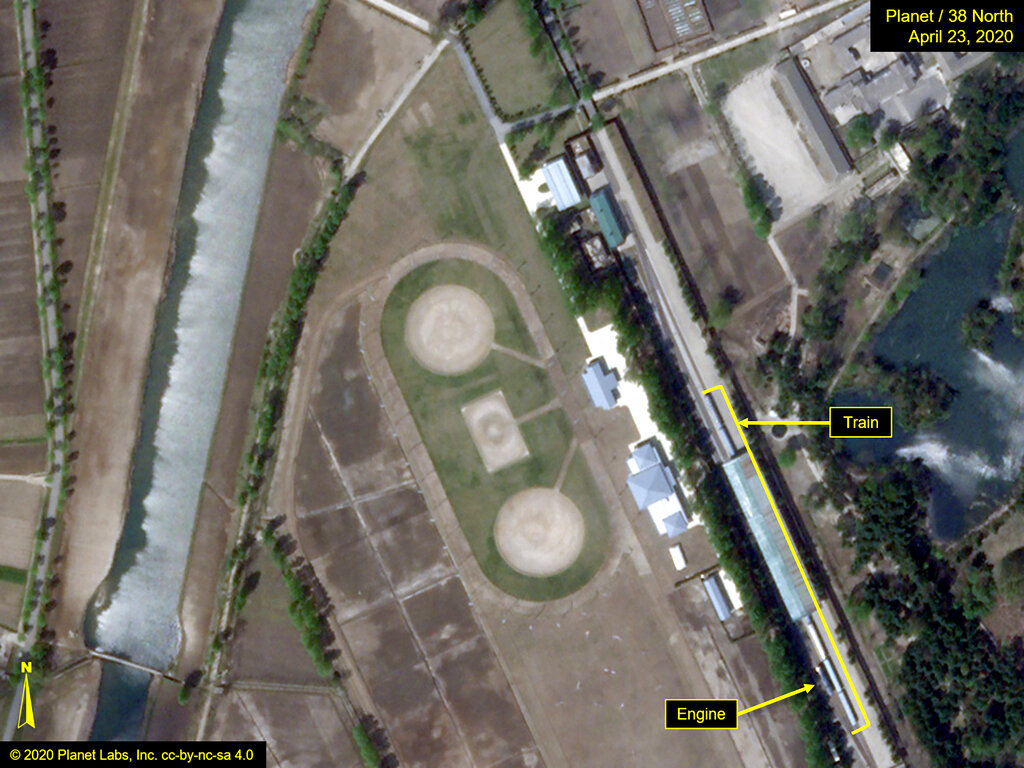 This Thursday, April 23, 2020, satellite image provided by Planet Labs and annotated by 38 North, a website specializing in North Korea studies, shows the Leadership Railway Station in Wonsan, North Korea. North Korean leader Kim Jong Un's train has been parked at the Leadership Railway Station servicing his Wonsan compound since at least April 21, the website 38 North said Saturday, April 25, citing an analysis of recent satellite photos of the area. The website said that the approximately 250-meter (820-foot) -long train wasn’t present on April 15 but was present on both April 21 and 23.
AP

Kim Jong Un is the third generation of his family to rule North Korea, and he hadn’t missed the April 15 event, one of the year's most important for the North, since assuming power after his father Kim Jong Il’s death in late 2011.

Kim's health is of crucial importance because of worries that the serious illness or death of a leader venerated with near godlike passion by millions of North Koreans could cause instability in the impoverished, nuclear-armed country.

Many experts in South Korea downplayed speculation that Kim is seriously ill. They also said North Korea won’t likely face a serious immediate turmoil even if Kim is incapacitated or dies because someone else like his influential sister Kim Yo Jong will quickly step in, though the prospect for the North’s long-term political future would be unclear.

Kim Jong Un's train has been parked at the Leadership Railway Station servicing his Wonsan compound since at least April 21, the website 38 North said Saturday, citing an analysis of recent satellite photos of the area. The website said that the approximately 250-meter (820-foot) -long train wasn’t present on April 15 but was present on both April 21 and 23.

“The train’s presence does not prove the whereabouts of the North Korean leader or indicate anything about his health, but it does lend weight to reports that Kim is staying at an elite area on the country’s eastern coast,” it said.

The photos indicate the train arrived before April 21 and was still present on April 23, when it appeared to be repositioned for departure. However, there was no indication when that departure might take place, 38 North said.

North Korea exerts extremely tight control on information about its leadership, making it virtually impossible for outsiders to find out what’s going on at those senior levels. Even South Korea’s main spy agency has a mixed record on confirming developments in North Korea. When Kim Jong Il died in December 2011, for instance, few outsiders knew it until it was reported by North Korea’s state media two days later.

A U.S. official, speaking on condition of anonymity because he wasn't authorized to talk to the media, said the latest rumors about Kim’s health had not changed the U.S. assessment of the information as “speculation.'

Danny Russel, a former National Security Council director and assistant secretary of state for Asia who has dealt with North Korea in the past, cautioned that rumors have abounded for years about Kim, his father, Kim Jong Il, and his grandfather, Kim Il Sung, and most turned out to have been false.

“While serving in government I was on the receiving end of multiple intelligence reports about alleged accidents, illnesses and assassination attempts against North Korean leaders — only to have them reappear in public,' he said.

South Korea’s presidential office said last week that Kim appeared to be handling state affairs normally and that there had been no suspicious activities, such as an emergency readiness order issued by the North’s military or the ruling Workers’ Party. The South Korean government has since maintained its assessment that Kim’s health remains the same. Some South Korean media outlets, citing unidentified government officials, have reported that Kim was staying at Wonsan.

North Korea’s state media still remain silent about the outside speculation on Kim’s health. On Saturday, the official Korean Central News Agency reported that Kim had received a message of greeting from the chairman of the Central Committee of the Communist Party of the Russian Federation on the occasion of the first anniversary of Kim’s summit with Russian President Vladimir Putin. The message wished Kim “good health and happiness,” KCNA said.

It’s not the first time that Kim has vanished from the public eye, and past absences in state media dispatches have also triggered speculation about his health. In 2014, state media didn’t report any public activities for Kim for about six weeks, before he reappeared with a cane. South Korea’s spy agency said later that he had a cyst removed from his ankle.