No Time To Die release date pushed back for third time

Although Bond films rely on a global release for box office success, they are traditionally given a fair wind with a glamorous premiere in London’s Leicester Square 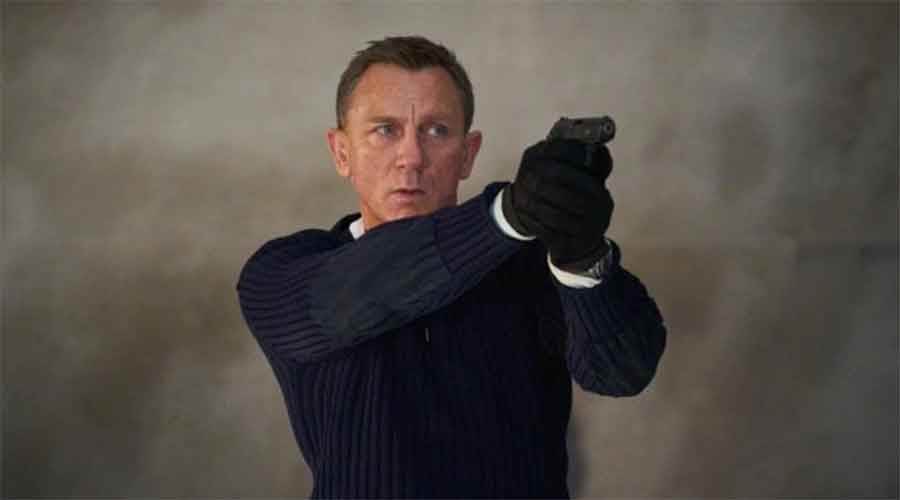 The makers of the 25th Eon James Bond film, No Time To Die, have decided this is no time to release what seems to be almost a jinxed movie, pushing back the date global audiences can see Daniel Craig in action for the third time from April 2, 2021, to October 8, 2021.

“Will James Bond return?” asked Ajay Chowdhury, Britain’s foremost authority on the film franchise who is spokesman for the James Bond International Fan Club and author of Some Kind of Hero: The Remarkable Story of the James Bond Films.

“Yes, eventually,” he told The Telegraph.

The delay was announced on the James Bond official twitter account with just the new date for the release.

Although Bond films rely on a global release for box office success — 2015’s Spectre took almost $900 million — they are traditionally given a fair wind with a glamorous premiere in London’s Leicester Square.

As far as the pandemic is concerned, the UK is currently going through its grimmest phase. On Thursday, 37,892 new cases and 1,290 deaths within 28 days of a positive test were reported across the country. Currently 94,580 people have died, 1,862,359 people are still sick and 1,586,707 people have recovered from the coronavirus.

NHS hospitals are barely able to cope and even life-saving cancer operations have been postponed.

The government is even considering a £500 payment to encourage anyone with symptoms to self-isolate at home, while the home secretary Priti Patel has announced those who attend a party of more of than 15 will be fined £800.

Chowdhury acknowledged: “Bond fans around the world are sighing wearily as their patience and faith are tested.”