The antibodies are identified in monkeys by a team of scientists at Scripps Research Institute in San Diego, US 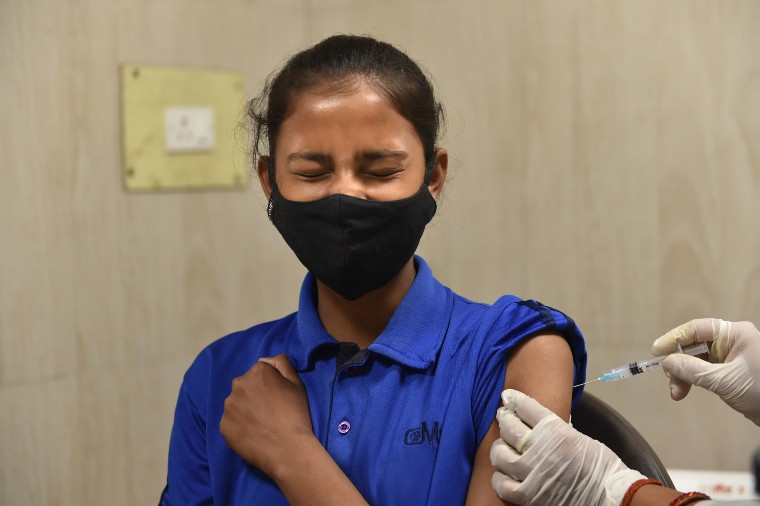 Scientists have identified antibodies that are effective against many different SARS-CoV-2 variants, an advance that paves the way for next-generation vaccines which could protect from different COVID-19 strains.

The antibodies identified in monkeys by a team at The Scripps Research Institute in San Diego, US are also effective against other SARS viruses like SARS-CoV-1, the highly lethal virus that caused an outbreak in 2003.

The results show that certain animals are more able to make these types of "pan-SARS virus" antibodies than humans, giving scientists clues as to how to make better vaccines.

The findings, published on Thursday in the journal Science Translational Medicine, reveal the antibody structures that produce this more comprehensive immune response.

The researchers found these neutralising antibodies recognise a viral region in the spike protein, which the virus uses to enter and infect the cells, that is relatively more conserved.

This means that the region is present across many different SARS viruses, and is therefore less likely to mutate over time, they said.

The finding may help develop next-generation vaccines that can offer additional protection against emerging SARS-CoV-2 variants and other SARS-related viruses, according to the researchers.

"If we can design vaccines that elicit the similar broad responses that we have seen in this study, these treatments could enable broader protection against the virus and variants of concern," said study senior author Raiees Andrabi, an investigator at The Scripps Research Institute.

However, unlike the vaccines, the macaques were shown to have a broad neutralising antibody response against the virus, including variants such as Omicron.

The scientists found these antibodies recognise a conserved region on the edge of the site where the spike protein binds to host cells, called the angiotensin converting enzyme 2 (ACE2) receptor binding site.

This is different than the region where the majority of human antibodies target, which overlaps more with the ACE2 receptor binding site and is more variable to change, they said.

"This region to date has rarely been seen to be targeted by human antibodies and suggests additional strategies that can be used to coax our immune system into recognising this particular region of the virus, Wilson said.

The researchers notes that the macaque's gene coding for these broad neutralising antibodies, known as IGHV3-73, is not the same in humans.

The dominant immune response in humans is related to the IGHV3-53 gene, which produces a potent but much narrower neutralising antibody response, they said.

However, the scientists said this finding paves the way to rationally design and engineer vaccines or vaccine-adjuvant combinations that elicit more broad protection against SARS-CoV-2 and its many variants.

"According to our study, the macaques have an antibody gene that offers them more protection against SARS viruses," Dennis Burton, a co-senior author of the study said.

"This observation teaches us that studying the effect of a vaccine in monkeys can only take us so far but also reveals a new target for our vaccine efforts that we might be able to exploit by advanced protein design strategies," Burton added.