If the bill is passed, the new law will take effect on April 12 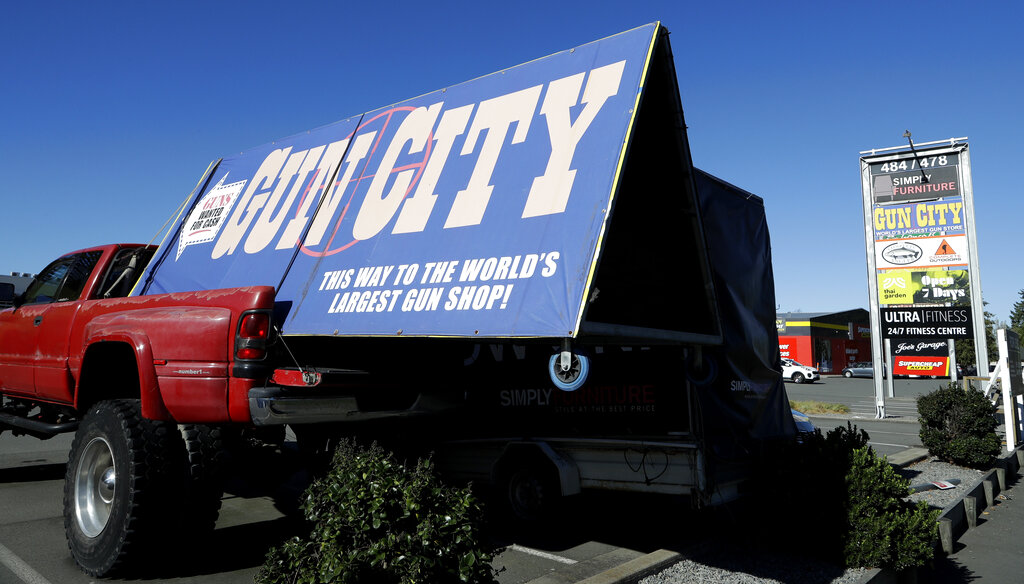 New Zealand's government on Monday introduced a bill it plans to rush into law that would ban the types of weapons a gunman used to kill 50 people at two mosques.

Police minister Stuart Nash said that if lawmakers pass the bill as expected, the new law will take effect on April 12, less than a month after the March 15 attacks. Plans for law changes were first announced by Prime Minister Jacinda Ardern in the days after the attacks, when the government imposed an immediate ban on the sales of such weapons.

The bill has bipartisan support and could even pass with a unanimous vote of all 120 lawmakers.

'These are guns that are designed to kill people,' Nash said.

Nash said the gunman had left a national legacy of harm, pain and grief. He said the gunman was able to buy a semi-automatic guns and high-capacity magazines legally, and then put them together to create military-style weapons.

'The loophole that this terrorist used to kill 50 people was totally unacceptable,' Nash said. 'We're closing that down.'

The bill would also impose tougher penalties for people who use the weapons after they are banned. Lawmakers intend to introduce more legislation later in the year, including the creation of a register to track guns.

The government intends to compensate owners of banned guns in a buyback scheme that will cost up to 200 million New Zealand dollars ($137 million). An amnesty will give people until Sept. 30 to hand over banned weapons.

Nash said that so far, about 200 people have handed in their guns but many are waiting for the buyback scheme's details, which haven't yet been announced.

Conservative lawmaker David Seymour alone has expressed reservations about the bill, mainly over the speed at which it's being progressed. A spokesman said Monday that Seymour was not yet familiar enough with the bill to say which way he'd vote.

There will be some exemptions from the ban including police officers, military personnel and some authorised pest controllers.