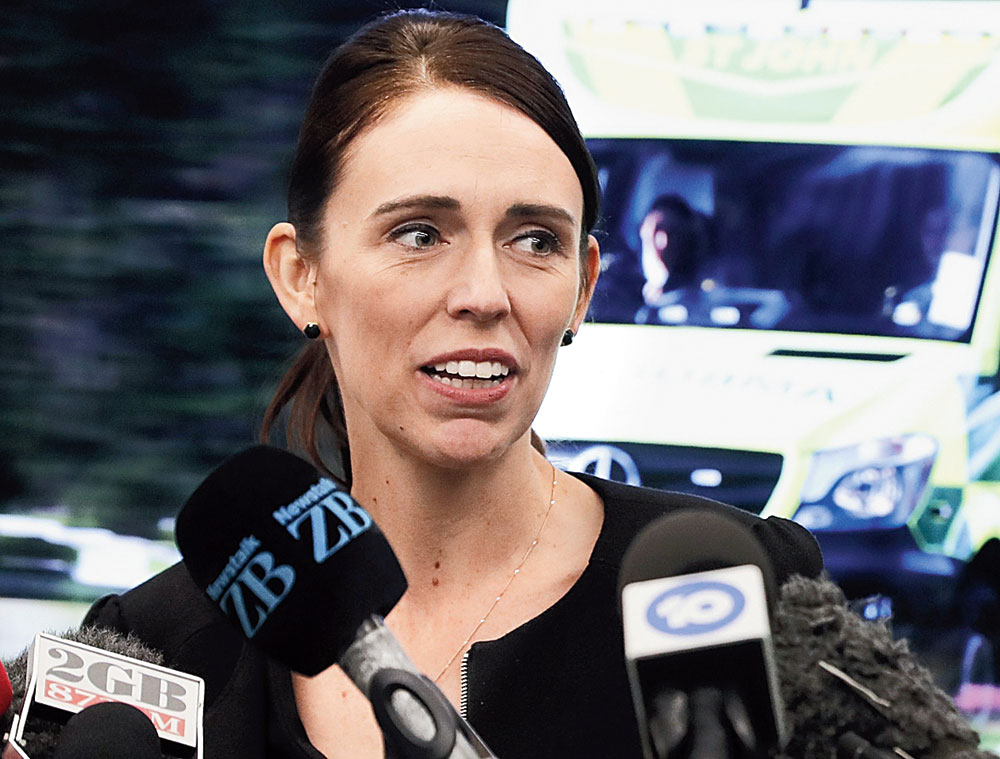 Prime Minister Jacinda Ardern of New Zealand on Thursday announced a national ban on all military-style semiautomatic weapons, all high-capacity ammunition magazines and all parts that allow weapons to be modified into the kinds of guns used to kill 50 people at two mosques in Christchurch last week.

“What we’re banning today are the things used in last Friday’s attack,” she said, adding: “It’s about all of us, it’s in the national interest and it’s about safety.”

Ardern is expected to encounter little resistance to the weapons ban in parliament; the largest Opposition party quickly said it supported the measures.

Ardern said her goal was to eliminate from New Zealand the weapons that the killer used in Christchurch. She emphasised that it would require a buyback of banned weapons in circulation now, plus regulation around firearms and ammunition.

“The guns used in these terrorist attacks had important distinguishing features,” she said at a news conference at parliament in Wellington, the capital. “First, big capacity, and also their delivery. They had the power to shoot continuously, but they also had large capacity magazines.”

Ardern’s plan for immediate gun policy changes, announced six days after a mass shooting, stands in stark contrast to the stalemate and resistance to change that has stymied similar calls for restrictions on firearms in the US.

Ardern’s handling of the massacre and its aftermath have resonated around the world and thrust her into the spotlight as a force on the issue of guns.

Chris Cahill, the president of the Police Association, the union representing New Zealand’s police officers, praised Ardern’s plan, saying that his group had been calling for such measures for years.

“This addresses the key concerns we have,” he said. “It’s hitting those military-style semiautomatics. It’s exactly what we wanted.”

Many Americans can buy a gun in less than an hour. In New Zealand, the process can take weeks or months.

The overhauls, Ardern said, are inspired partly by what Australia set in motion after a mass shooting there in 1996: a mix of buybacks, registration and outright bans that severely cut mass shootings.

But experts said there were some key differences. “In Australia, it was a very simple definition, all semiautomatic rifles and shotguns, full stop,” Alpers said. “Here I can see a few grey areas.” New Zealand’s plan takes aim at capability, not just a particular class of weapons.

Gun owners in New Zealand, responding online to the announcement, said it was confusing and began asking which of their weapons would be banned or exempted.