It has been under discussion in House of Representatives since 2020, but it failed to be endorsed due to differences among political parties over certain provisions 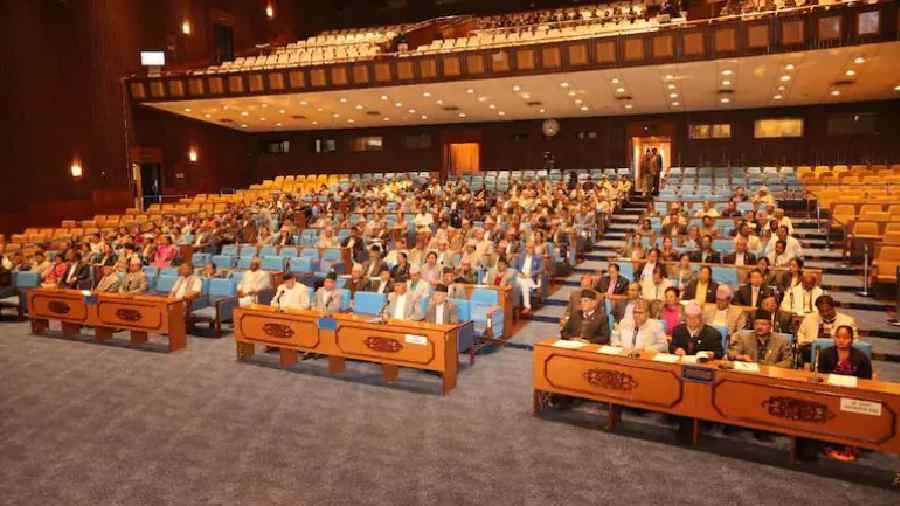 Nepal's Parliament on Wednesday passed the country's first Citizenship Amendment Bill, which was under discussion for more than two years as political parties failed to forge a consensus on it.

The bill has been under discussion in the House of Representatives since 2020, but it failed to be endorsed due to differences among the political parties over certain provisions, namely the seven-year waiting period for obtaining naturalised citizenship for foreign women married to Nepali men.

In the meeting of the lower house of Parliament or the House of Representatives on Wednesday, Home Minister Bal Krishna Khand presented Nepal's first Citizenship Amendment Bill 2022 before the lawmakers, and said that the bill has been tabled in parliament to amend the Nepal Citizenship Act 2006 and make provisions for providing citizenship as directed by the Constitution.

Khand exuded confidence that the new bill would be taken forward in the Upper House of Parliament or the National Assembly on Thursday during which clause-wise deliberations would begin.

Last week, the Nepal government had withdrawn the Citizenship Bill from the House of Representatives after the main opposition CPN-UML lawmakers protested against its proposals.

In 2018, the then KP Sharma Oli government had registered the bill at the Parliament Secretariat.