NATO defense ministers are also to discuss the escalation 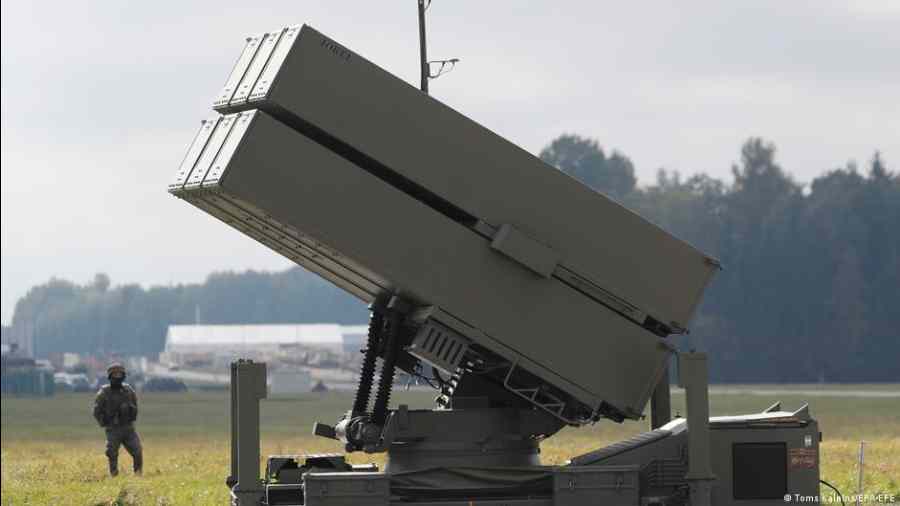 "We will address how to ramp up support for Ukraine, and the top priority will be more air defense for Ukraine," Stoltenberg said.

The meeting in Brussels, which is to be followed by a gathering of NATO defense ministers, comes two days after Russian forces fired a hail of missiles at cities across Ukraine, including the capital, Kyiv.

The NATO meeting is the first big one since Moscow escalated its war on Ukraine by illegally annexing several territories, announcing a partial mobilization and issuing veiled threats to deploy nuclear weapons.

Kyiv has stepped up its calls for Western allies to bolster its air defense capacities amid the Russian attacks.

Ukraine's Defense Minister Oleksii Reznikov is to take part both in the meeting of the more than 50 countries making up the US-instigated Ukraine Contact Group, and the NATO gathering.

When asked what he hoped for from the Ukraine Contact Group meeting, he said: "Air defense systems."

US Secretary of Defense Lloyd Austin said the group would "continue to boost Ukraine's defensive capabilities" both in the short and the long term.

Air defense on the way

Germany on Tuesday delivered the first of four IRIS-T air defense systems to Ukraine, though plans for the German delivery predated the recent Russian attacks.

German Defense Minister Christine Lambrecht said Wednesday that three more of the IRIS-T systems will be delivered next year.

The US Department of Defense on Tuesday said it planned to deliver the first two advanced NASAMS anti-aircraft systems to Ukraine in the coming weeks.

The systems will provide medium- to long-range defense against missile attacks.