President Biden attended the summit, the first in a series of meetings with allies in Brussels on Thursday 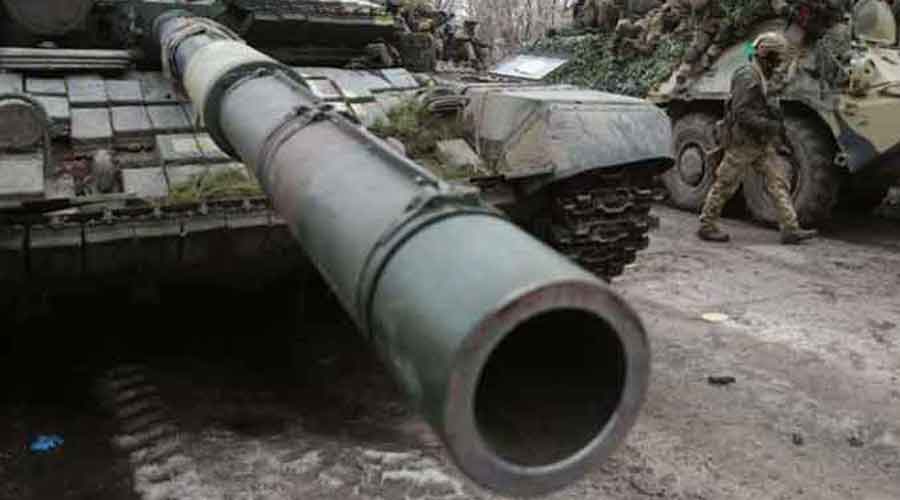 Nato allies agreed to provide Ukraine with equipment and training to deal with the fallout from a possible Russian attack using chemical, biological or even nuclear weapons,  and the alliance was increasing its own preparedness for any such event, Nato’s secretary general, Jens Stoltenberg, said on Thursday.

Stoltenberg, who was speaking to reporters after a Nato summit in Brussels on Thursday, said that the alliance was worried Russia might deploy chemical or biological weapons — which are banned by international treaty — because it appeared that Moscow was creating a false narrative that the West was about to use them.

“We are concerned partly because we see the rhetoric and we see that Russia is trying to create some kind of pretext accusing Ukraine, the US and Nato allies for preparing to use chemical and biological weapons,” he said, “and we have seen before that this way of accusing others is actually a way to create a pretext to do the same themselves”.

President Biden attended the Nato summit, the first in a series of meetings with allies in Brussels on Thursday.

Stoltenberg said that the alliance would offer Ukraine detection equipment, protection and medical support, as well as training for decontamination and crisis management to deal with the impact of any use of weapons of mass destruction. Such efforts would include civilian and military experts measuring radiation or chemical isotopes levels.

“We are also enhancing allies’ preparedness and readiness for chemical, biological and nuclear threats,” Stoltenberg said.

That step means that Nato teams expert in detecting and dealing with contamination after a chemical, biological, radiological or nuclear attack are placed on increased alert, from previously being on standby, to facilitate early detection should such an attack take place.

Stoltenberg said the use of such weapons inside Ukraine could contaminate neighbouring Nato members.

“Many people fear that Russia will use such weapons and accuse Ukraine of doing it, so it is important to precisely determine who, where and when did it so there’s no ambiguity,” said Gustav Gressel, a senior policy fellow at the European Council of Foreign Relations.