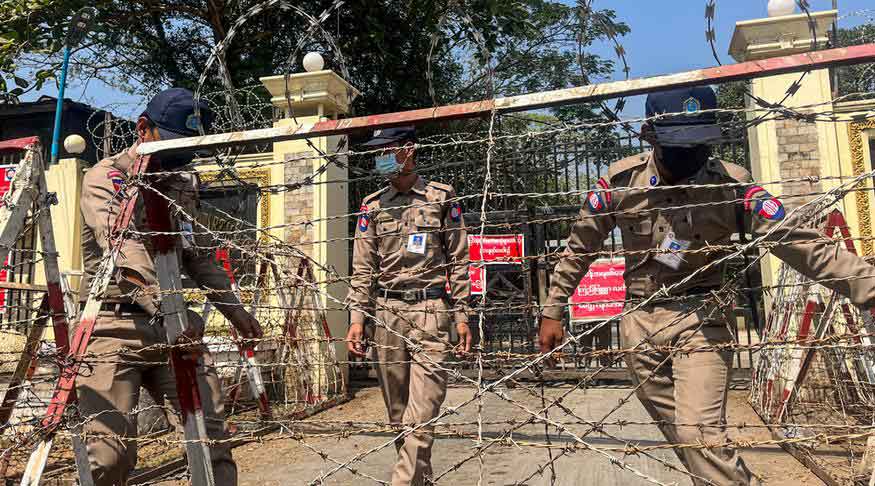 The announcement that 1,619 prisoners, including 42 foreigners, had been "pardoned" and will be released was made on state television.

Lieutenant General Aung Lin Dwe, a state secretary of the junta, signed a statement announcing the holiday amnesty "to bring joy for the people and address humanitarian concerns."

No political protesters had been released from the Insein prison in Yangon, the Reuters reported.

A released prisoner was quoted by the AFP news agency as saying that "political cases and protesters were not among those released."

According to the Assistance Association of Political Prisoners (AAPP) activist group, the military has arrested at least 13,282 people in opposition and killed 1,756 opponents since last year's coup.

Among those detained are ousted government leader Aung San Suu Kyi, being held in the capital Naypyidaw, and her Australian economic adviser, Sean Turnell, who is in the Insein facility on the outskirts of Yangon.

The exact details of his alleged offense have not been made public, although state television has said he had access to "secret state financial information" and had tried to flee Myanmar.

Human rights groups have raised concerns about his prosecution. The Australian embassy was denied access to his court hearing in September.

It is common in Myanmar for the state to grant amnesty to prisoners on the occasion of the Buddhist new year.

The holiday is celebrated on a large scale in many parts of the country. But this year, with the bloody military crackdown on dissent, the streets in many major cities have been silent as people protest junta rule.

Myanmar shows off its military strength