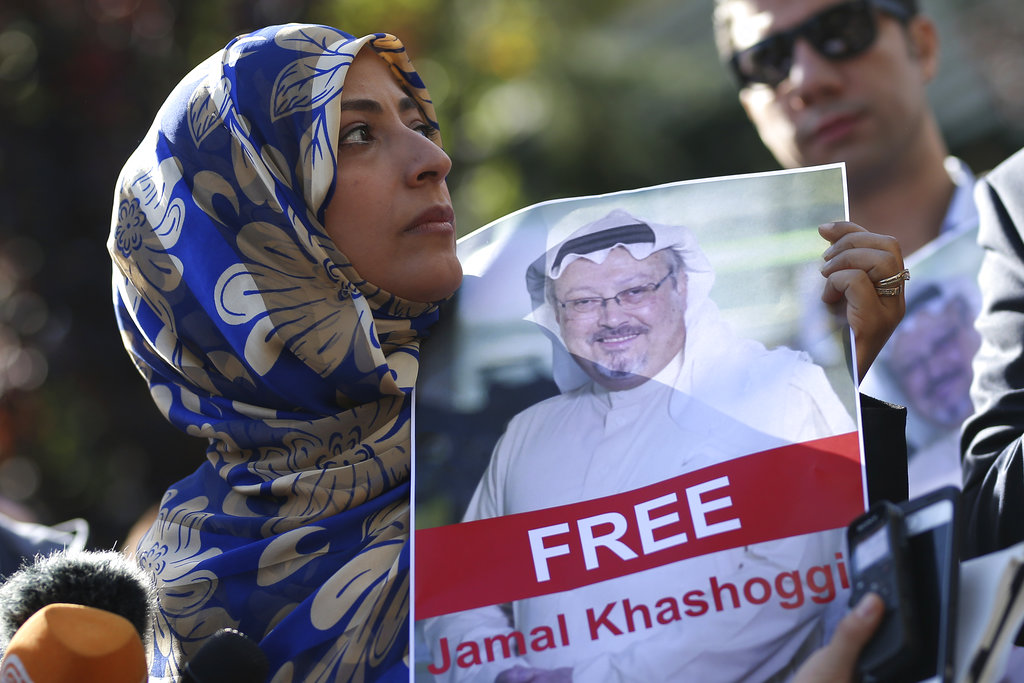 Jamal Khashoggi, the Saudi journalist who disappeared last week after a visit to his country’s consulate in Turkey, was once a Saudi insider. A close aide to the kingdom’s former spy chief, he had been a leading voice in the country’s prominent dailies, including the main English newspapers.

Now the 59-year-old journalist and contributor to The Washington Post is feared dead, and Turkish authorities believe he was slain inside the Saudi Consulate in Istanbul, something Saudi officials vehemently deny.

The US-educated Khashoggi was no stranger to controversy.

A graduate of Indiana State University, Khashoggi began his career in the 1980s, covering the Soviet occupation of Afghanistan and the decade-long war that followed for the English-language daily Saudi Gazette. He traveled extensively in the Middle East, covering Algeria’s 1990s war against Islamic militants, and the Islamists rise in Sudan.

Khashoggi rubbed shoulders with the Saudi royal family and supported efforts to nudge the kingdom’s entrenched ultra-conservative clerics to accept reforms. He served as an editor for nine years on the Islamist-leaning al-Madina newspaper and was frequently quoted in the Western media as an expert on Islamic radicals and a reformist voice.

However, he was fired from his post as an editor at Al-Watan, a liberal paper founded after the 9/11 terror attacks, just two months after he took the job in 2003. The country’s ultra-conservative clerics had pushed back against his criticism of the powerful religious police and Ibn Taymiyah, a medieval cleric viewed as the spiritual forefather of Wahhabism, the conservative interpretation of Islam that is the founding tenant of the kingdom.

Khoshaggi then served as media adviser to Al-Faisal, the former spy chief, who was at the time the ambassador to the United States.

Khashoggi returned to Al-Watan in 2007, where he continued his criticism of the clerics as the late King Abdullah implemented cautious reforms to try to shake their hold. Three years later, he was forced to resign again after a series of articles criticizing Salafism, the ultra-conservative Sunni Islam movement from which Wahhabism stems.

In 2010, Saudi billionaire Alwaleed bin Talal tapped him to lead his new TV station, touted as a rival to Qatari-funded Al-Jazeera, a staunch critic of the kingdom. But the new Al-Arab station, based in Bahrain, was shut down hours after it launched, for hosting a Bahraini opposition figure.

Khoshaggi’s final break with the Saudi authorities followed the Arab Spring protests that swept through the region in 2011, shaking the power base of traditional leaders and giving rise to Islamists, only to be followed by unprecedented crackdowns on those calling for change. Siding with the opposition in Egypt and Syria, Khashoggi became a vocal critic of his own government's stance there and a defender of moderate Islamists, which Riyadh considered an existential threat.

“This was a critical period in Arab history. I had to take a position. The Arab world had waited for this moment of freedom for a thousand years,” Khashoggi told a Turkey-based Syrian opposition television station last month, just days before he disappeared.

He also criticised his government’s diplomatic break with Qatar and war on Yemen as well as Riyadh’s policy toward its archenemy, Iran, whose influence has grown in neighboring Yemen and in Syria.

In the September 23 interview, he called Saudi Arabia’s foreign policy “narrow minded”, and ridiculed its crackdown on political Islam, urging the kingdom to realign its policy to partner with Turkey, a close Qatar ally. “Saudi is the mother and father of political Islam. It is based on political Islam,” Khoshaggi said.

Eight days later, on October 2, he disappeared while on a visit to the consulate in Istanbul for paperwork to marry his Turkish fiancée. The consulate insists the writer left its premises alive, contradicting Turkish officials.

Before his disappearance, Khoshaggi had been living since last year in the US in self-imposed exile, after he fled the kingdom amid a crackdown on intellectuals and activists who criticised policies of Crown Prince Mohammed Bin Salman.

“As of now, I would say Mohammed bin Salman is acting like Putin. He is imposing very selective justice,” Khashoggi wrote in the Post last year after he fled the kingdom, saying he feared returning home.

He described “dramatic” scenes of arrest of government critics accused of receiving Qatari funding. They included a friend of Khashoggi’s who had just returned from a trip to the US as part of an official Saudi delegation.

“That is how breathtakingly fast you can fall out of favour with Saudi Arabia,” he wrote.