Mike Pence under pressure to strip President Trump of his duties

The vice president has already indicated that he was unlikely to force the President aside, and no one in either party expected Trump to step down 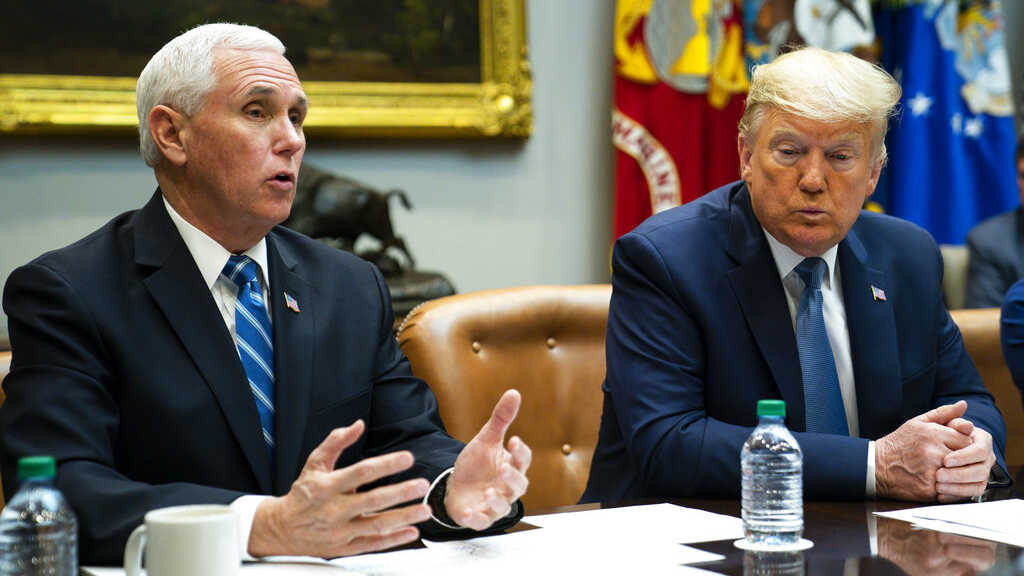 The House is poised to formally call on Vice- President Mike Pence to strip President Trump of his duties by invoking the 25th Amendment.

The vote comes after House Democrats introduced an article of impeachment charging the President for his role in inciting a violent mob of his supporters to storm the Capitol, where rioters ransacked the seat of American government and killed a Capitol Police officer.

The motion on Monday set off a high-stakes standoff between two branches of government, as House Democrats pressured Pence to intervene. If he did not, the Democrats promised a vote on Wednesday charging the President with “inciting violence against the government of the United States”.

Republicans on Monday objected to unanimously passing the resolution, which asked the vice-president to declare Trump “incapable of executing the duties of his office and to immediately exercise powers as acting president”.

Trump also met Pence on Monday for the first time since their falling out last week over the president’s effort to overturn the election and the mob assault, which had put the vice-president in danger.

The two talked for an hour or more in the Oval Office in what amounted to a fraught peace summit meeting with the remainder of the Trump presidency at stake.

An administration official who declined to be identified speaking about the sensitive situation said the two had “a good conversation” but would not say whether the issue of the 25th Amendment came up.

The House, however, plans to move swiftly, beginning a debate on the impeachment resolution on Wednesday morning and marching towards a vote late in the day unless Pence intervenes.

The vice president has already indicated that he was unlikely to force the President aside, and no one in either party expected Trump to step down.

With that in mind, Democrats had already begun preparing a lengthier impeachment report documenting the President’s actions and the destruction that followed to accompany their charge.

They were confident they had the votes to make Trump the first President ever to be impeached twice.

The impeachment drive came as President-elect Joseph R. Biden Jr. signalled more clearly than before that he would not stand in the way of the impeachment proceeding.