Advertisement
Home / World / Landmark UN plastic waste pact gets approved, but not by US 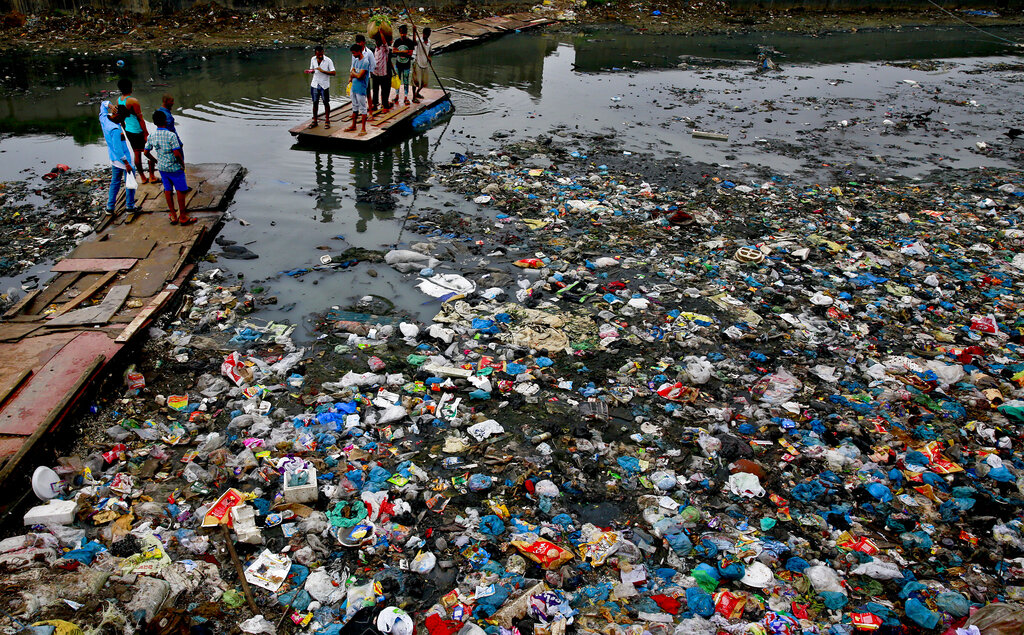 Nearly every country in the world has agreed upon a legally binding framework to reduce the pollution from plastic waste except for the United States, UN environmental officials say.

An agreement on tracking thousands of types of plastic waste emerged on Friday at the end of a two-week meeting of UN-backed conventions on plastic waste and toxic, hazardous chemicals.

Rolph Payet of the United Nations Environment Program said the 'historic' agreement linked to the 186-country, UN-supported Basel Convention means that countries will have to monitor and track the movements of plastic waste outside their borders.

The deal affects products used in a broad array of industries, such as health care, technology, aerospace, fashion, food and beverages.

'It's sending a very strong political signal to the rest of the world — to the private sector, to the consumer market — that we need to do something,' Payet said. 'Countries have decided to do something which will translate into real action on the ground.'

Countries will have to figure out their own ways of adhering to the accord, Payet said. Even the few countries that did not sign it, like the US, could be affected by the accord when they ship plastic waste to countries that are on board with the deal.

Payet credited Norway for leading the initiative, which first was presented in September. The time from that proposal to the approval of a deal set a blistering pace by traditional UN standards for such an accord.

The framework 'is historic in the sense that it is legally binding,' Payet said. 'They (the countries) have managed to use an existing international instrument to put in place those measures.'

The agreement is likely to lead to customs agents being on the lookout for electronic waste or other types of potentially hazardous waste more than before.

'There is going to be a transparent and traceable system for the export and import of plastic waste,' Payet said.