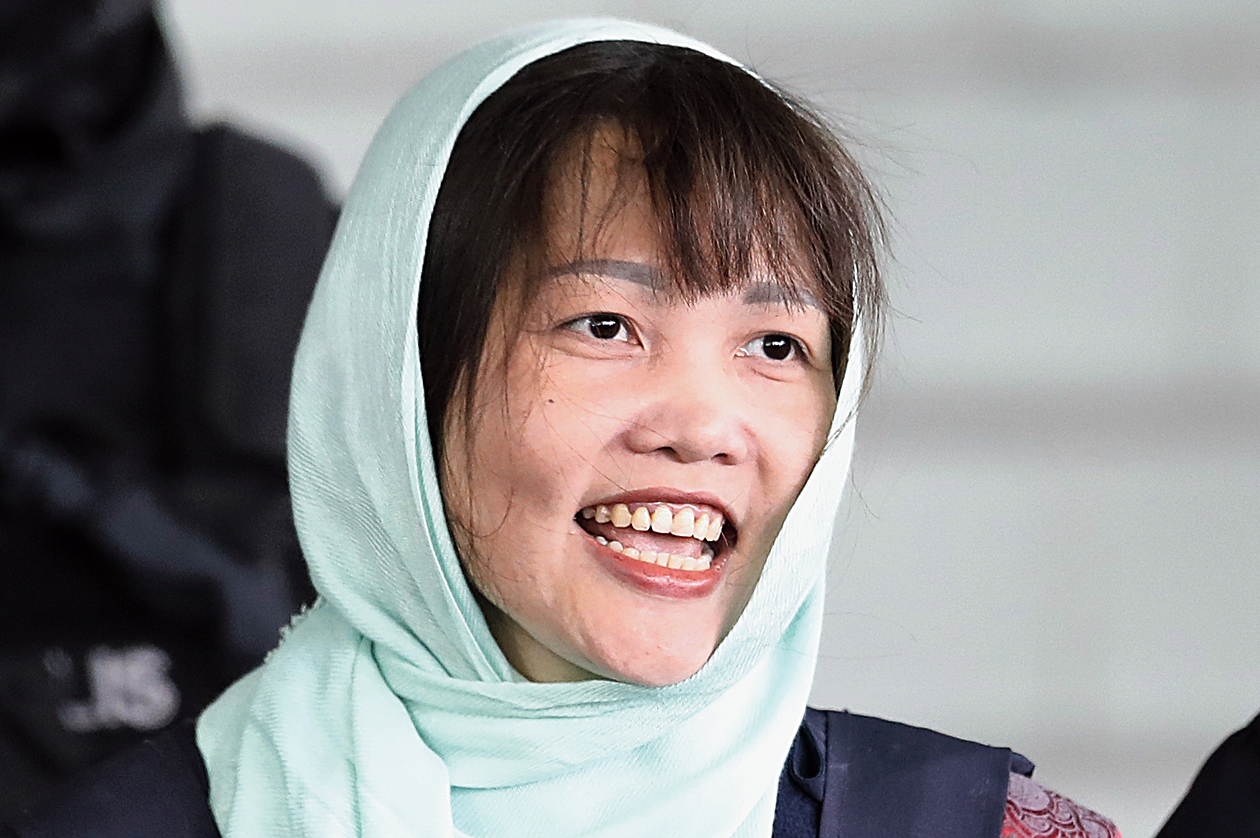 Vietnamese Doan Thi Huong, who is the only suspect in custody for the killing of the North Korean leader's brother Kim Jong Nam pleaded guilty to a lesser charge in a Malaysian court on Monday and and her lawyer said she could be freed as early as next month.
(AP)
Reuters   |   KualaLumpur   |   Published 01.04.19, 08:04 PM

A Vietnamese woman accused of killing the half-brother of North Korean leader Kim Jong-un escaped the death penalty on Monday, after Malaysian prosecutors dropped a murder charge against her.

Doan Thi Huong, 30, was offered an alternative charge of causing harm, which she pleaded guilty to. A judge sentenced her to more than three years in prison, though her lawyers said she could walk free as early as next month.

Huong and an Indonesian woman, Siti Aisyah, were charged with killing Kim Jong Nam by smearing his face with VX poison, a lethal chemical weapon, at Kuala Lumpur’s main airport in February 2017.

Siti Aisyah walked free last month after prosecutors dropped the charge against her. South Korean and American officials have said the North Korean regime had ordered the assassination of Kim Jong Nam, who had been critical of his family’s dynastic rule. Pyongyang has denied the allegation.

Malaysia had come under criticism for charging the two women with murder — which carries a mandatory death penalty in the country — when the key perpetrators of the attack were believed to be still at large.

Prosecutors on Monday offered Huong an alternative charge of “causing hurt by dangerous weapons or means”.

The reduced charge was offered after receiving representations from the Vietnamese embassy and the woman’s lawyers, they said.

Vietnamese officials in court broke into applause after the ruling.