Officials said most of those killed were school girls; some families were still searching hospitals for their missing children 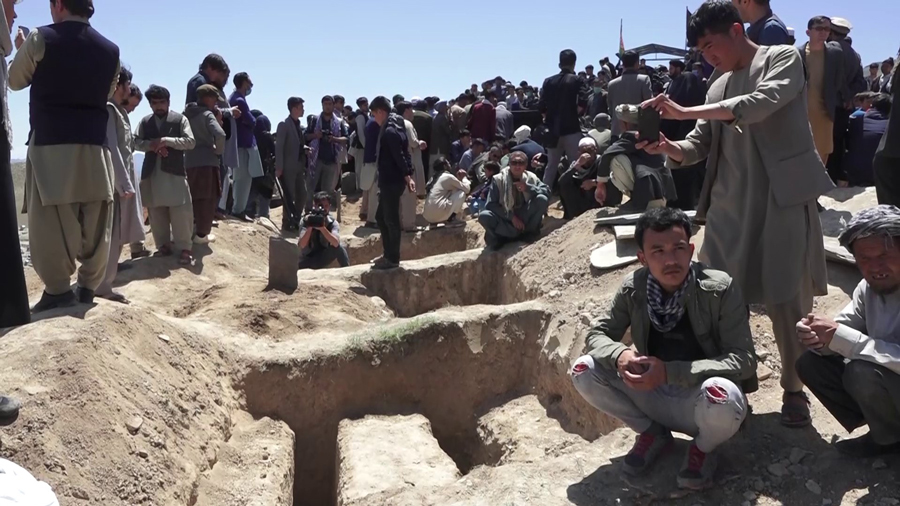 The death toll from an explosion outside a school in Afghanistan’s capital Kabul has risen to 68, Afghan officials said on Sunday, with doctors struggling to provide medical care to 165 injured and officials trying to identify bodies.

Multiple blasts on Saturday evening shook the neighbourhood of Dasht-e-Barchi, home to a large community of Shi'ites from the Hazara ethnic minority, which has been targeted in the past by Islamic State militants, a Sunni militant group.

At first, a car bomb was detonated in front of the Sayed Al-Shuhada school on Saturday, and when the students rushed out in panic, two more bombs exploded.

Officials said most of those killed were school girls. Some families were still searching hospitals for their missing children.

“The first blast was powerful and happened so close to the children that some of them could not be found,” said an Afghan official, requesting anonymity.An eyewitness told

Reuters all but seven or eight of the victims were schoolgirls going home after finishing studies. On Sunday, civilians and policemen collected books and school bags strewn across a blood-stained road that was busy with shoppers ahead of this year’s celebrations for Eid al-Fitr next week.

Afghan President Ashraf Ghani on Saturday blamed the attack on Taliban insurgents but a spokesman for the Taliban denied involvement, saying the group condemns any attacks on Afghan civilians.

Pope Francis condemned the attack in Kabul, calling it an “inhuman act” in remarks to pilgrims in St. Peter’s Square in Vatican City on Sunday.

United Nations secretary-general Antonio Guterres also condemned the attack and expressed his deepest sympathies to the families of the victims and to the government and people of Afghanistan.

Families of the victims blamed the Afghan government and Western powers for failing to put an end to violence and the ongoing war.

Bodies were still being collected from morgues as the first burials were conducted in the west of the city. Some families were still searching for missing relatives on Sunday, gathering outside hospitals to read names posted on the walls, and checking morgues.

“The entire night we carried bodies of young girls and boys to a graveyard and prayed for everyone wounded in the attack,” said Mohammed Reza Ali, who has been helping families of the victims at a private hospital. “Why not just kill all of us to put and end to this war?” he said.

Security was intensified across Kabul after the attack but authorities said they will not be able to provide security to all schools, mosques and other public centres.
Conflict is still raging in Afghanistan, with security forces locked in daily combat with the Taliban who have waged war to overthrow the foreign-backed government since they were ousted from power in Kabul in 2001.

Although the US did not meet the May 1 withdrawal deadline agreed in talks with the Taliban last year, its pull-out has begun, with President Joe Biden announcing all troops will be out by September 11. But the foreign troop withdrawal has led to a surge in fighting between Afghan security forces and Taliban insurgents with both sides trying to retain control over strategic centres.