Indian PM has for the first time made a commitment for his country to become net zero, meaning 90 per cent of the world's economy is now committed to this goal 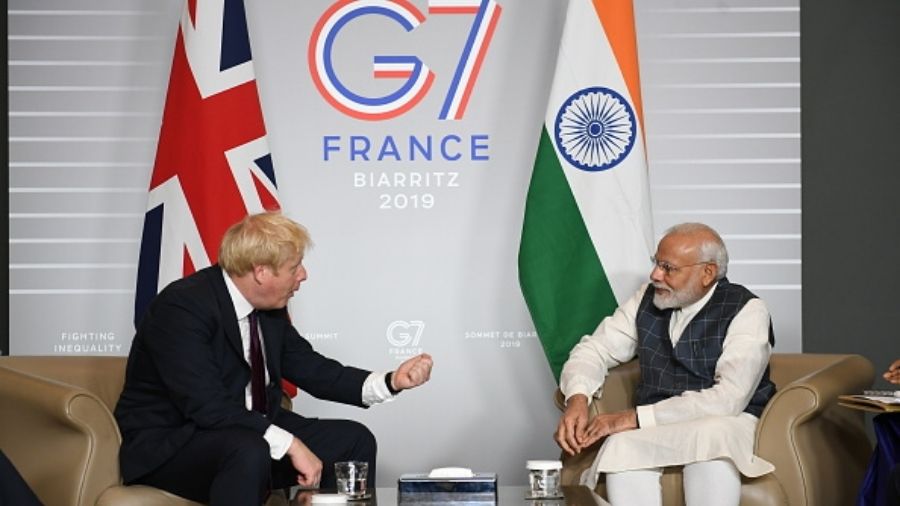 British Prime Minister Boris Johnson has welcomed Prime Minister Narendra Modi's climate commitments to achieve net zero carbon emissions and for half of India's energy to come from renewables by 2030.

Delivering India's national statement at the World Leaders' Summit in Glasgow on Monday, Prime Minister Modi for the first time declared India's goal to achieve the net zero target of balancing the country's energy consumption by 2070.

He also laid out Panchamrit or five key points of heading towards this target, including increasing India's non-fossil energy capacity to 500 gigawatts by 2030 and reducing its total projected carbon emissions by 1 billion tonnes.

India has today announced ambitious plans for half its energy to come from renewables by 2030. This will cut carbon emissions by a billion tonnes, contributing to a worldwide decade of delivery on climate change, Boris Johnson said on Twitter after Modi's speech to the COP26 climate summit.

PM Narendra Modi has for the first time made a commitment for India to become net zero, meaning 90 per cent of the world's economy is now committed to this goal. The UK will work with India to make even more progress, including through the Clean Green Initiative we discussed today COP26, he said.

The new UK India Green Guarantee is set to add GBP 750 million for green projects across India, announced by Johnson at the United Nations (UN) summit.

Modi also committed to reduce the carbon intensity of its economy by 45 per cent as part of the five key climate goals, which the Prime Minister described as unprecedented action by India on climate action.

"While many of the economies that have announced a net zero have peaked much earlier, we are yet to peak; we are yet to reach that level of industrial activity in development... if you see the time lag between peaking and the timeline between net zero for many countries, clearly ours is possibly among the shortest," said Foreign Secretary Harsh Vardhan Shringla, with reference to India's target of 2070.

We are essentially a developing country. Our focus is on bringing millions of our citizens out of poverty We constitute 17 per cent of the world's population. Yet, we contribute only 5 per cent to global emissions and yet we are contributing very readily through the entire overall issue of climate change because we believe in it, he told reporters at a post-summit media briefing.