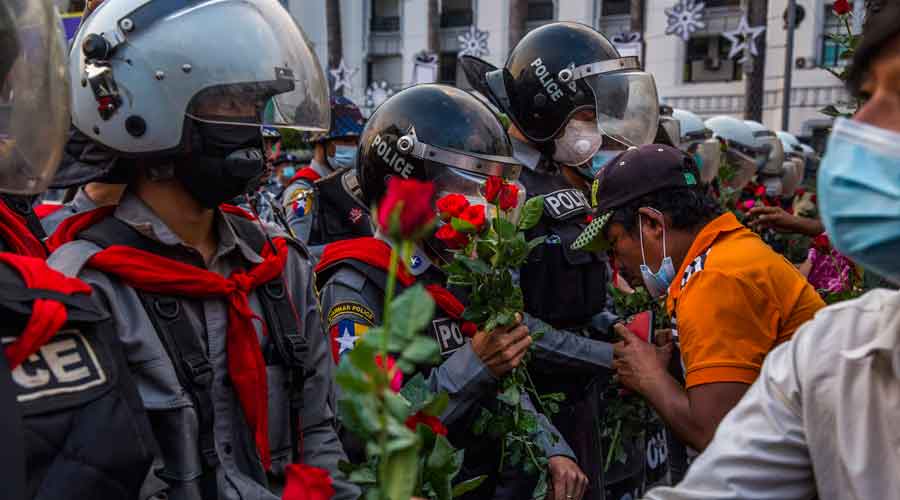 President Joe Biden said on Wednesday he had approved an executive order paving the way for new sanctions on Myanmar military officers and their businesses after the military detained elected leaders and seized power on February 1.

Biden said the executive order would enable his administration “to immediately sanction the military leaders who directed the coup, their business interests as well as close family members”.

Biden also announced a freeze on $1 billion of “Burmese government funds held in the United States” that would prevent the generals from accessing those funds.

He did not say specifically who would be hit with the new sanctions.

“We will identify a first round of targets this week, and we’re also going to impose strong exports controls. We’re freezing US assets that benefit the Burmese government, while maintaining our support for healthcare, civil society groups, and other areas that benefit the people of Burma directly,” Biden said.

Protesters took to the streets of Myanmar for a fifth day on Wednesday, vowing to keep up demonstrations against the coup even after a woman was shot and critically wounded during clashes the previous day.

The US would be ready to impose additional measures and would work with other countries to join in pressuring the coup-makers, Biden said.

The US is likely to target the commander-in-chief, Min Aung Hlaing, who led the coup. Min Aung Hlaing and other generals are already under US sanctions imposed in 2019 over abuses against Rohingya Muslims.