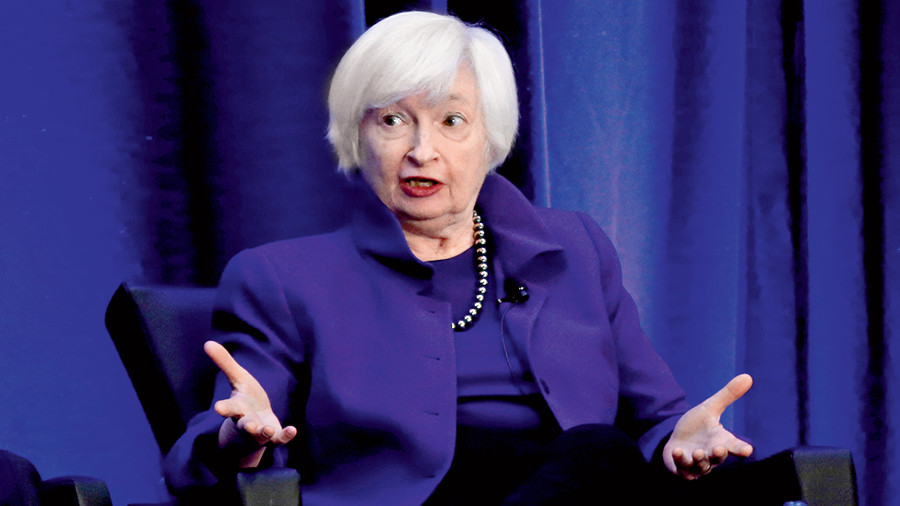 The US and Europe have coordinated closely in enacting sweeping sanctions against Russia in the nearly three months since its president, Vladimir V. Putin, ordered an invasion. But they have been less aligned on the need to help prop up Ukraine’s economy and to assist with its rebuilding once the war ends.

Congress has already approved a $13.6 billion emergency spending package for Ukraine and is expected to approve another $40 billion worth of aid. While the EU and international financial institutions have also been making large aid contributions,  Yellen said that more must be done.

“I sincerely ask all our partners to join us in increasing their financial support to Ukraine,” Yellen said in a speech at the Brussels Economic Forum, according to her prepared remarks. “Our joint efforts are critical to help ensure Ukraine’s democracy prevails over Putin’s aggression.”

The treasury secretary is in the midst of a week-long trip to Europe, with stops in Warsaw, Brussels and Bonn, Germany, where she will meet her counterparts at the Group of 7 finance ministers summit. Aid to Ukraine is expected to be a central topic at that meeting.

Yellen said that Ukraine’s financial needs are immediate and that it lacks funding to pay soldiers, pensioners and employees to keep its government running.