Relationship between two countries has focused on expanding knowledge-based partnership 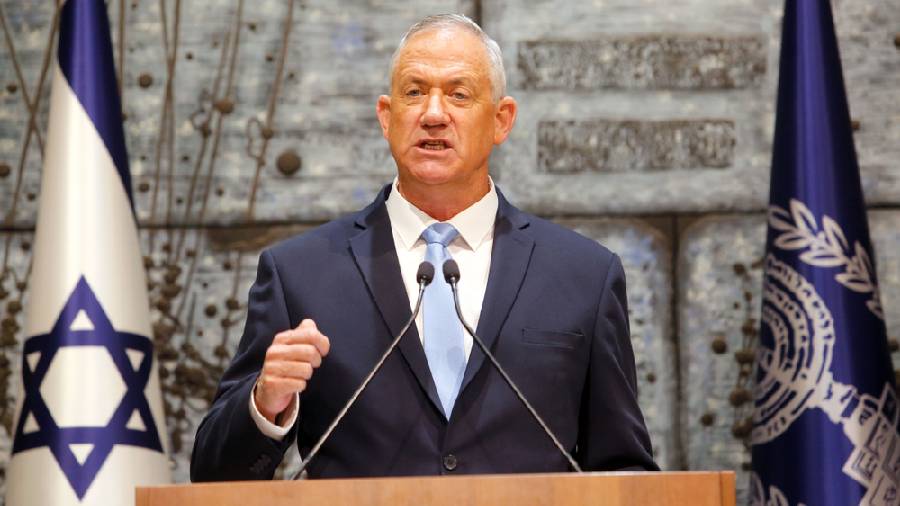 Israel's defence minister Benny Gantz will visit India next week during which he will sign a Letter of Intent (LOI) to mark 30 years of bilateral diplomatic and defence ties, his office said on Thursday.

India and Israel elevated their bilateral ties to a strategic partnership during the historic visit of Prime Minister Narendra Modi to Israel in July 2017.

Since then, the relationship between the two countries has focused on expanding knowledge-based partnership, which involves collaboration in innovation and research, including boosting the Make in India' initiative.

"Defense Minister Benny Gantz will conduct an official visit to India next week (01.06) during which he will sign an LOI marking 30 years of diplomatic and defence ties between Israel and India. A detailed schedule will be released in the coming days," a statement from his office said.

Informed sources told PTI that he will be on a three-day visit to India and will meet his Indian counterpart Rajnath Singh.

Other details of the trip are being worked out, they said.

Some local media reports interpreted the signing of the LOI as a "special security declaration".

Gantz was scheduled to visit India towards the end of March but had to postpone his trip amid a series of deadly terror attacks across Israel.

India is one of the largest buyers of Israel's defence equipment estimated at billions of dollars but the relationship has recently acquired a new meaning with a focus on the joint development of weapons systems.

Prime Minister Modi said in January this year that there cannot be a better time to set new goals for taking forward India-Israel relations and asserted that the cooperation between the two countries has played a key role in the growth stories of the two nations.

In a special video message on the completion of 30 years of full-fledged diplomatic relations between India and Israel, Modi said this period has been very important for both countries.

Israel Prime Minister Naftali Bennett has earlier described the deep relationship between India and Israel as one coming from the heart and not being about interests and asked Prime Minister Modi to work together to take the bilateral ties to a whole new level .

Though India had recognised Israel on September 17, 1950, full-fledged diplomatic relations between the countries were established on January 29, 1992. Since then, the bilateral relations between both countries have developed into multifaceted strategic partnerships.

Earlier in January, Israel's envoy to India Naor Gilon said the 30th anniversary of India-Israel diplomatic ties is a good opportunity to look ahead and shape the next 30 years of relations.

India's Ambassador to Israel Sanjeev Singla said: We are proud to mark the 30th anniversary of our bilateral relations and look forward to using the special logo throughout the year to celebrate this special milestone.

Emphasising that friendship and trust are not only positive traits but also real assets , the foreign ministers of India and Israel in a joint op-ed for an Israeli daily had said the two countries have worked together to deepen their roots for the last three decades, delving together to find solutions to common challenges, including in the security sector.