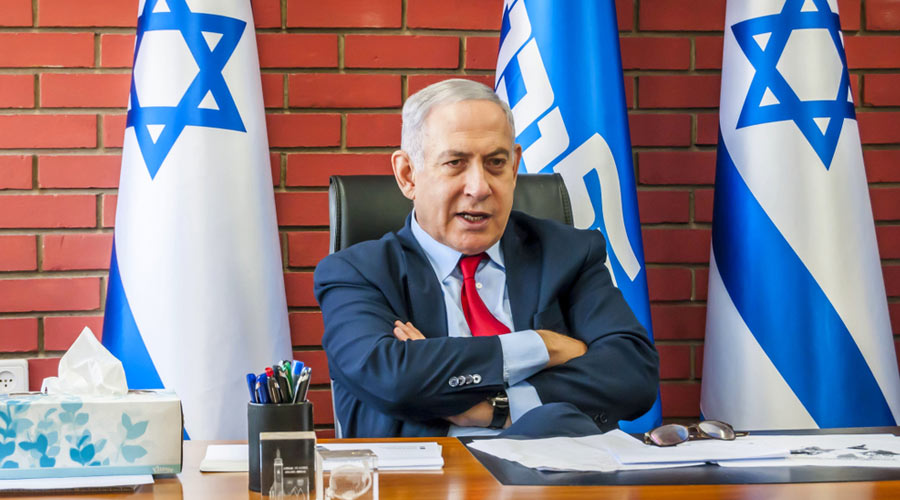 With almost 62 per cent of the votes tallied, former Israeli Prime Minister Benjamin Netanyahu led right-wing bloc on Wednesday looks comfortably close to winning a majority in the 120-member Parliament.

Israelis voted on Tuesday for an unprecedented fifth time in four years to break the political impasse that has paralysed the country.

Based on the current count, the right-wing bloc would pick up 69 seats in the Knesset, though this number will almost definitely change as more ballots are processed.

The left-wing Meretz party is currently hovering on the edge of the 3.25% vote, the threshold as per Israeli election laws to get a Knesset entry.

The Islamist Ra'am party, which supported the last government and is projected to win four seats in exit polls, is also under the electoral threshold at 2.47% as per the current count.

The opposition Arab Balad party is also just under the threshold with 2.75% of total votes.

If Ra'am, Balad or Meretz fail to win Knesset representation, it will further boost Netanyahu's prospects.

The ongoing count is not representative of the overall vote since ballots come in from different areas of the country at different times, and the percentages allotted to each party will likely shift as the tally continues.

Exit polls have predicted 62 seats for Netanyahu's bloc, enough to secure a majority and form a coalition in Knesset.

Israel has been locked in an unprecedented period of political stalemate since 2019, when 73-year-old Netanyahu, the country's longest-serving leader was charged with bribery, fraud and breach of trust.

About 6.78 million Israeli citizens were eligible to elect their 25th Knesset. Some 210,720 new voters were able to vote for the first time, accounting for about four to five seats, adding an interesting dimension to the polls.

The prospect of the next government seems to be largely hinged on two factors - the level of right-wing polarisation, not necessarily in favour of veteran politician Netanyahu but for him to lead the coalition, and the extent of voter apathy, surprisingly, in the Arab sector.

Netanyahu, the longest-serving prime minister and among one of the most polarising ones whose leadership plagued by charges of graft has been at the centre of current instability, is facing a battle of political survival.