Iran says it has launched a new military satellite

Iran's Revolutionary Guard has launched a second satellite into orbit, according to state media 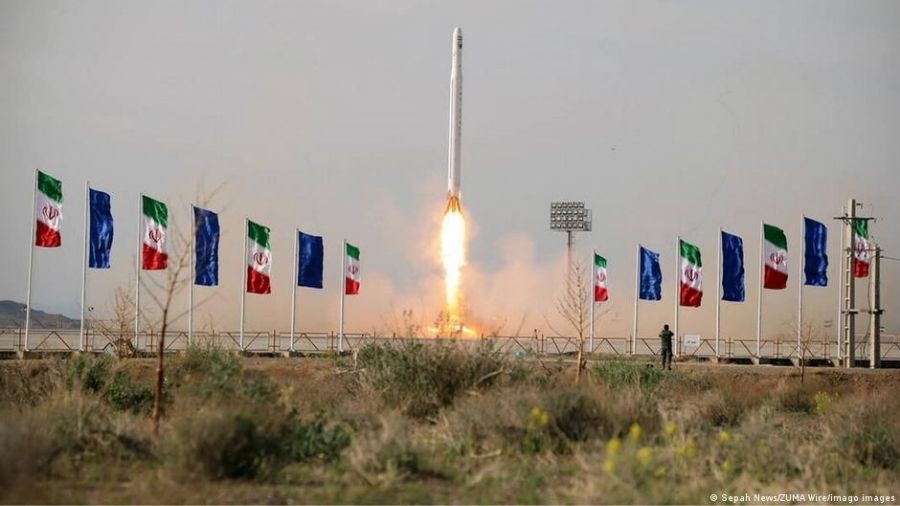 Iran's Revolutionary Guard has launched a second satellite into orbit, according to state media. The US has alleged Iran's satellite launches defy a UN Security Council resolution.

The Iranian Noor-2 satellite has reached a low orbit on the Ghased satellite carrier, state media reported on Tuesday.

Why is this launch important?

Placing a second satellite in space orbit would represent a major step for Iran’s military, and would raise concerns about Tehran's nuclear and missile programs.

"Iran's second military satellite, named Noor-2, has been launched into space by the Qassed rocket of the aerospace wing of the Revolutionary Guards and successfully placed in orbit 500 kilometers (310 miles) above the Earth," the official IRNA news agency reported.

The US claims that Iran's satellite launches breach a UN Security Council resolution. It has called on Tehran not to undertake any activity related to ballistic missiles capable of delivering nuclear weapons.

No pictures of the latest launch or satellite were initially released. The first Nour satellite, the name meaning "light," was launched by Iran in April 2020.